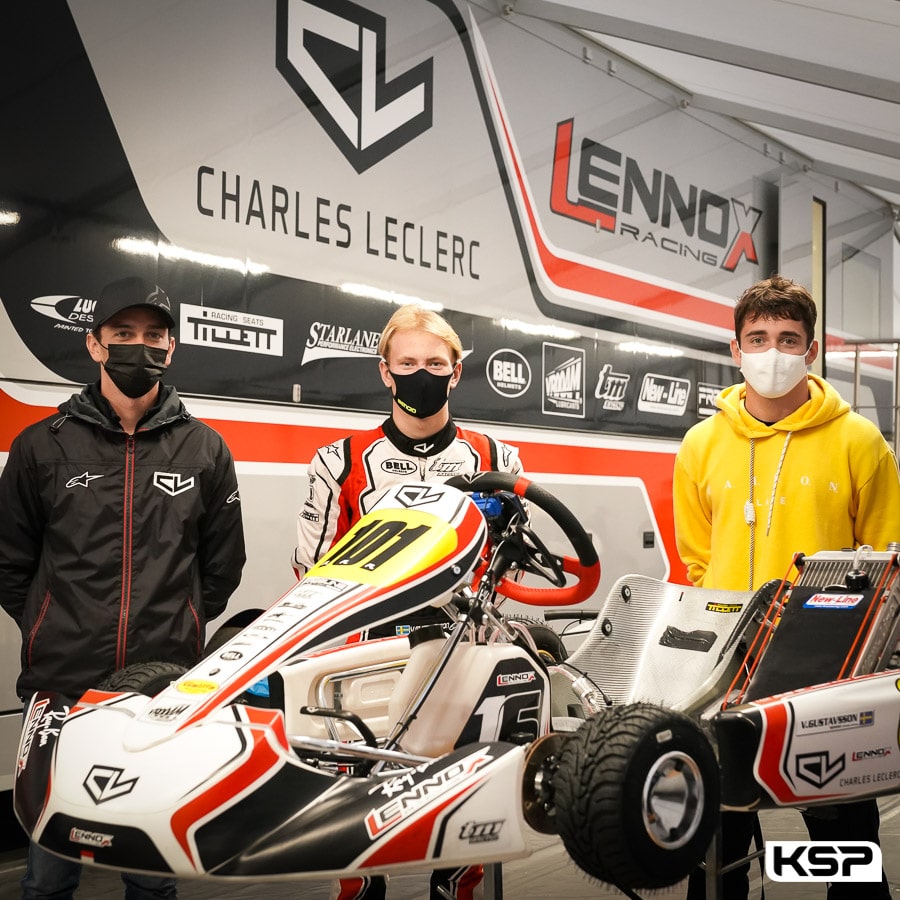 Although the weather remained fine on Thursday, the weather turned to rain on Friday for the end of the Free Practice, followed by the Timed Practice. Some sessions even took place on a very wet track, with lots of puddles all over the South Garda Karting track!

Even though the heavy showers gave way to much lighter rain, with changing conditions, the rain tyres were never off the karts. The teams had to continuously adapt to the level of the settings and tyre pressures. In the end, Session 3 was the fastest, with an impressive Viktor Gustavsson (Birel ART / TM Racing) in the lead. Already crowned European Champion a month earlier at Genk in Belgium, the Swede from the Charles Leclerc by Lennox Racing team relegated Alessio Piccini (Tony Kart / Vortex), 5th in the overall classification, by 4 tenths!

A member of the same team as his compatriot, Benjamin Tornqvist set the best time in Session 2 and is now in 2nd position overall ahead of the fastest times in Sessions 4 and 1, namely the Frenchman Arthur Carbonnel (Sodi / TM Racing), once again excellent, and the Czech Matej Kacoksky (Praga / TM Racing), much more at ease in the rain than in the dry.

Some of the usual favourites in the dry, like the Italians Giuseppe Palomba and Simone Cunati, both on Birel ART / TM Racing, have done quite well with the 10th and 11th times (99 starters). Always skilful in the rain, their compatriot Lorenzo Giannoni (Sodi / TM Racing) finished 6th in front of the Italian Alessandro Buran (Birel / Vortex), the German Valentino Fritsch (Birel ART / TM Racing) and the Briton Harry Thompson (Exprit / TM Racing).