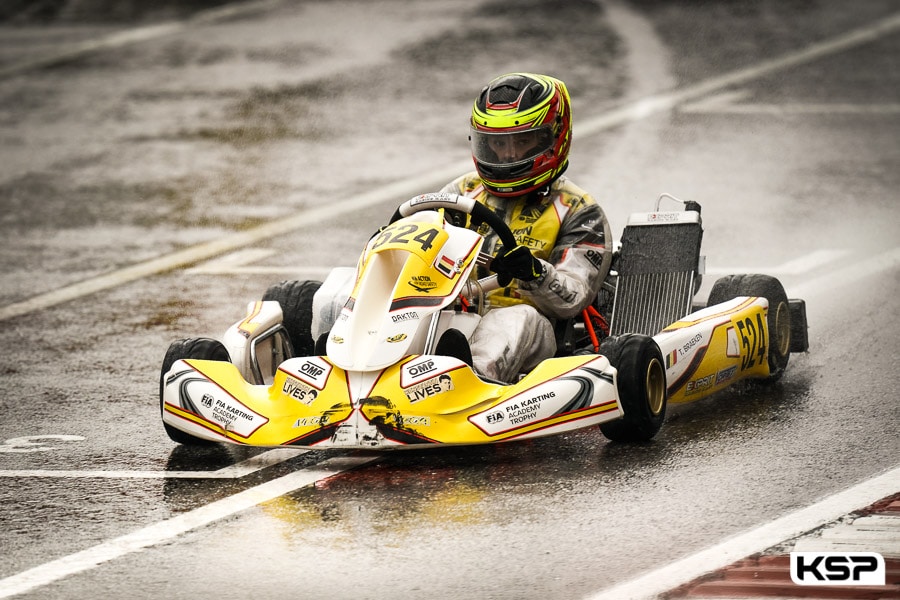 During the second round of the FIA Karting Academy Trophy in Genk at the beginning of September, Tom Braeken had perfectly exploited his knowledge of the Belgian track to achieve pole position. Far from his testing base, the young driver achieved the same performance, this time on the Lonato circuit and in the rain. The rain came down again just as the drivers of Session 2 started, so that they weren’t able to get closer to the times of Session 1.

The American Connor Zilisch, who has already won the title this season, at least unofficially, showed that he wanted to finish this trophy in style by setting the fastest time in Session 2, i.e. 2nd overall. Austrian Oscar Wurz achieved his best qualification of the season with the 3rd time ahead of Frenchman Macéo Capietto, who hopes to keep his runner-up spot in the provisional classification of 2020.

German driver Gianni Andrisani confirmed his potential in 5th position. He was ahead of Emirati Keanu Al Azhari and Russian Alexander Gubenko. Regular protagonists of the Trophy, the Luxembourg driver Maxime Furon-Castelain finished 12th and the Peruvian Rafael Modonese 13th.

More than 175 entries for the World Championship in Portimao