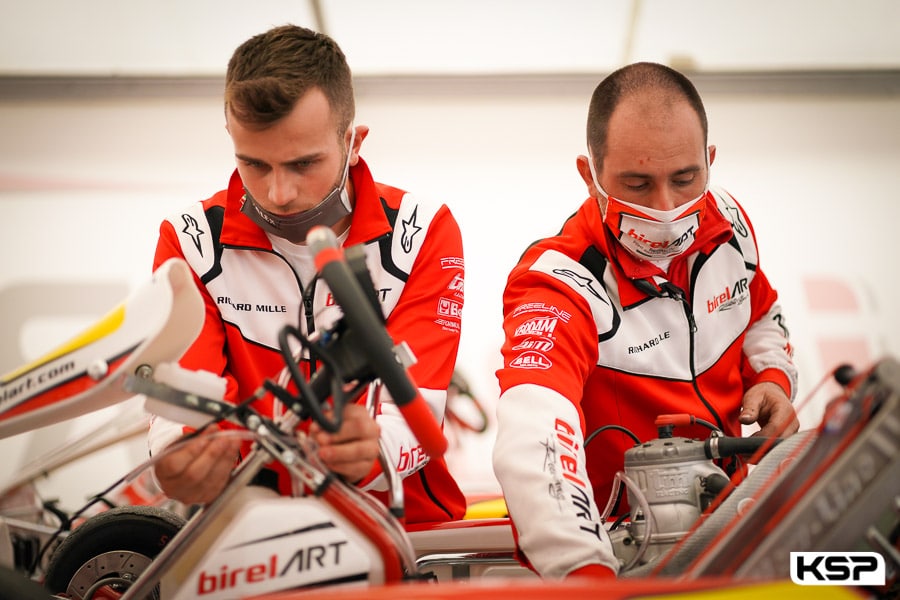 The five unofficial free practice sessions on Thursday 1st October at Lonato were timed specifically by South Garda Karting along the lines of the World KZ Championship and the International KZ2 Super Cup. This made it possible to follow this preliminary phase usually reserved for insiders. The performances during Free Practice must always be taken with caution, but it nevertheless gives an idea of the progress of the teams’ development.

Leuillet sets the fastest time in KZ2
The battle promises to be tough between the 105 participants of the KZ2 International Super Cup, a world cup in all but name. Tom Leuillet (Praga/TM) was in the spotlight several times on Thursday, notably by setting the fastest time – 45”843 – in front of Giacomo Pollini (Formula K/TM). The names of Senna van Walstijn (Sodi/TM), Leonardo Marseglia (Birel ART/TM), Arthur Carbonnel (Sodi/TM) and Viktor Gustavsson (Birel ART/TM) also appeared at the top of the timesheets.

To be continued during the official Free Practice on Friday 2nd October, followed by Qualifying Practice from 16:55.