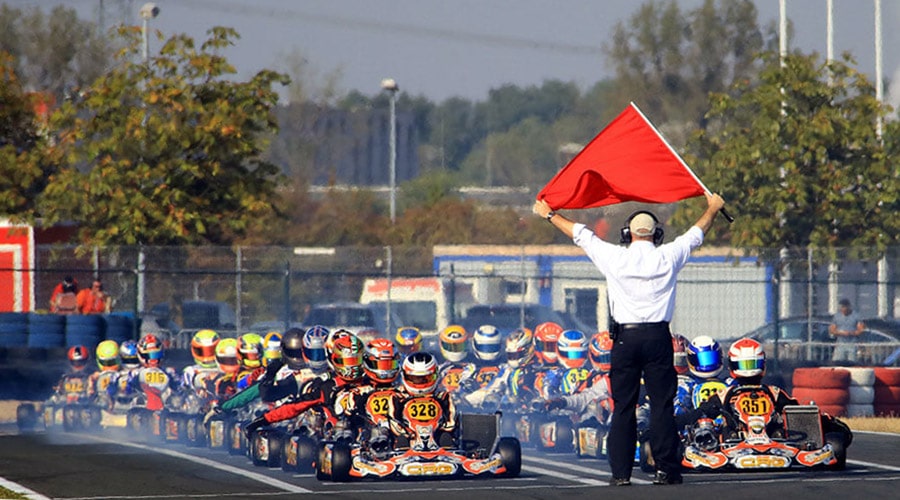 In the 2020 season, the racing calendar of the German Kart Championship will not come to rest. After the cancellation of the final in Ampfing, the race now moves to Oschersleben. Thus, after four years, the race track is again part of the DKM calendar. The final races will take place as planned from October 16th to 18th.

“Unfortunately, we have another change of location in this year’s calendar. The organizer in Ampfing has cancelled the race despite intensive financial efforts. After consultation with the team managers, the final will now take place from October 16th to 18th in Oschersleben,” DKM series coordinator Stefan Wagner explains.

In 2016, the DKM was a guest at the Motorsport Arena Oschersleben for the last time and is now returning. With a track length of 1,018 meter, the track is the shortest and at the same time the fastest in the racing calendar. Scarce windshadow duels are guaranteed on the high-speed track.

The ADAC Ostwestfalen-Lippe e.V. has offered itself as an organizer at short notice and is pleased to welcome the elite of karting in Oschersleben. In addition to a thrilling comeback, the 2020 Champions will also be honored in the Magdeburg Boerde. Four predicates DKM, DJKM, DSKM and DSKC are advertised, additionally, the races in Oschersleben form the conclusion of the German Electro-Kart Championship (DEKM).

“We would like to thank the representatives of the ADAC Ostwestfalen-Lippe and the Motorsport Arena Oschersleben for the quick commitment to carry out our season finale. Another big thank you to the teams for the constructive coordination at the team manager meeting in Kerpen,” continues Stefan Wagner.

Also at the last team manager meeting it was decided to cancel the additional test day on Thursday. Thus, the events in Wackersdorf and Oschersleben start again on Friday. There will be five instead of four training sessions for each class.

If you would like to participate at the last two events of the DKM, you can register as a guest starter. For the upcoming race in Wackersdorf, the link to the online registration can be found at www.kart-dm.de.