Home News Auto F4 Academy: Many contenders for victory in the Nièvre! 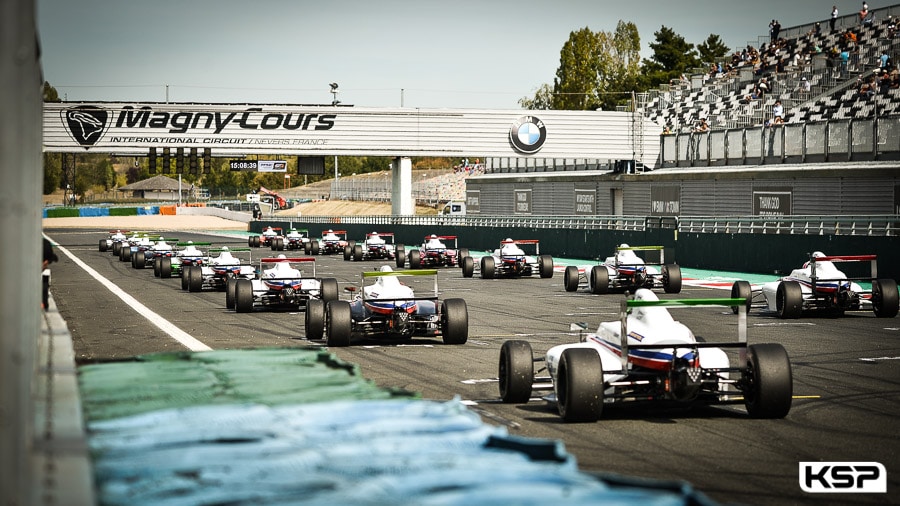 The second round of the French F4 Championship managed by the FFSA Academy will take place within the framework of the GT World Challenge Europe AWS at Magny-Cours, from 11th to 13th September 2020. After the two doubles achieved by the Japanese drivers Ayumu Iwasa and Ren Sato at the opening round in Nogaro, their opponents will be eager for revenge.

Respectively winners of the Richard Mille Young Talent and Feed Racing scholarships, the Mexican Rafael Villagomez and Dutchman Marijn Kremers scored important points by consistently finishing at the front of the field in the Gers. In addition, Kremers won the selection organised by Jacques Villeneuve and Patrick Lemarié on this circuit of Magny-Cours. At the same time, he has just become European Karting Champion, one year after his World Championship. The Dutchman should arrive full of confidence.

The Ukrainian Ivan Peklin has the intention of confirming his interesting potential shown at Nogaro, whereas the German Valentino Catalano will have two objectives: to consolidate his leadership in the Juniors against Daniel Ligier, while joining the frontrunners. Russian Lev Lomko has seen some ups and downs during the first meeting, where he returned with a victory in his pocket!

In this context, the pressure is on the shoulders of the young French drivers. Returning to the FFSA Academy F4, Isack Hadjar was not spared from problems during the Easter Cup and will go for victory again. Promising hopefuls coming from karting, Romain Leroux, Sami Meguetounif and Loris Cabirou have already shown their speed, whereas Owen Tangavelou and Noah Andy will continue their learning of single-seater racing, with legitimate ambitions to score as many points as possible.

The drivers will have the opportunity to take part in private tests on Thursday, before the official start of the competition the following day.