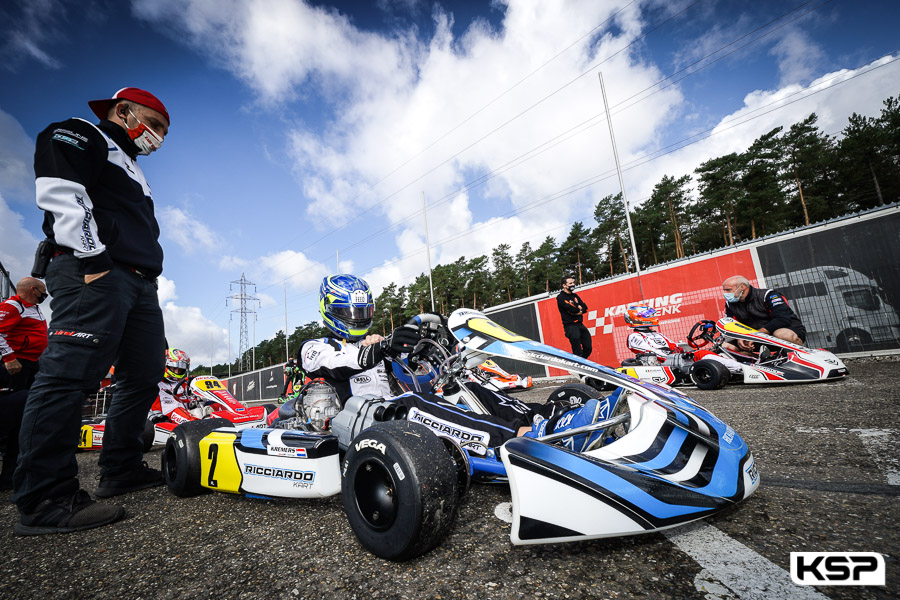 The crash between Noah Milell (Tony Kart/Vortex) and Stan Pex (KR/TM) in the first corner of Heat 1 changed the face of this second round of the European KZ Championship at Genk. Marijn Kremers (Ricciardo/TM) was able to take the victory and didn’t get too involved in the fight between Milell and Pex in the two other heats. The reigning World Champion thus became the poleman for the Final and the favourite for the Championship. Adrien Renaudin (Sodi/TM) secured a nice 2nd place in Heat 1 and was 4th ahead of Riccardo Longhi (Birel ART/TM). The relatively poor performances of Alessandro Irlando (Birel ART/TM) in 7th place and Simo Puhakka (Tony Kart/Vortex) in 8th place were surprising, while their respective team-mates were race leaders. The conclusion of the Championship promises to be full of suspense… Finally, Bas Lammers (Sodi/TM) gradually increased the pace after his retirement in Heat 1 to finally reach the top five with panache in the last heat.