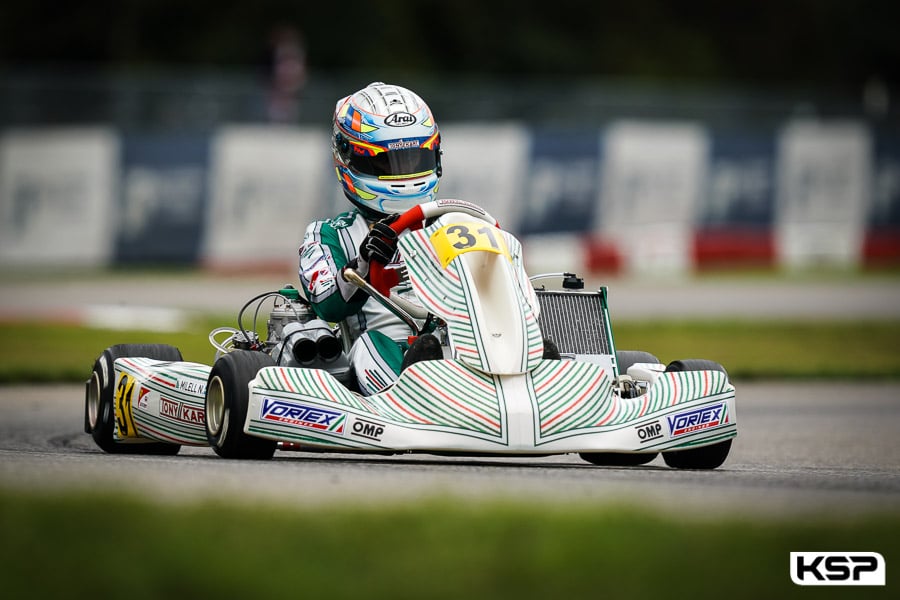 The last Free Practice session was held on slicks. The Timed Practice of the European KZ Championship continued in this configuration, much faster for the 12 participants. Qualifying took just over five minutes, including two warm-up laps.

Matteo Vigano (Birel ART/TM) was the first to go under 53”, then Alessandro Irlando (Birel ART/TM) went under 52”. The battle was on. Adrien Renaudin (Sodi/TM) was replaced in the lead by Stan Pex (KR/TM), then Noah Milell (Tony Kart/Vortex) who took pole position with 51”606, four thousandths ahead of Pex. Marijn Kremers (Ricciardo/TM) was 3rd at 45 thousandths, Vigano 4th and Riccardo Longhi (Birel ART/TM) 5th by less than a tenth: it was close. Renaudin was 6th ahead of Simo Puhakka (Tony Kart/Vortex) and Irlando.