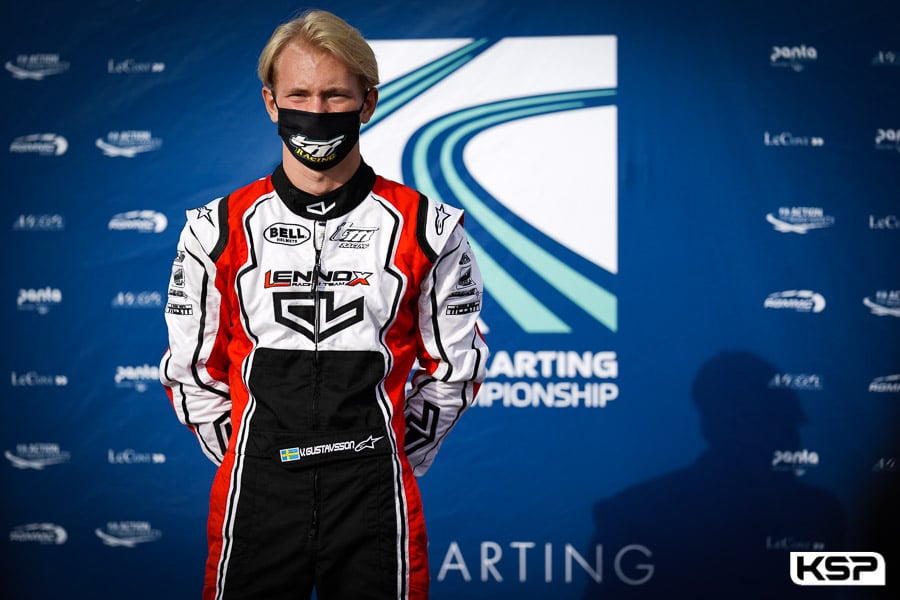 The Genk track had finally managed to dry sufficiently after the morning rain to allow the use of slick tyres that had not been used so far in KZ2. Qualifying for the second round of the European Championship was therefore taking place in new conditions for the 32 drivers present.

Lev Lomko (Sodi/TM) was the fastest to get into action in the first session, then Jean Nomblot (Sodi/TM) was the first to go under 53”. Tom Leuillet (Praga/TM), Thomas Landais (BirelART/TM) and Nomblot remained at the top of the standings for a while, but the times continued to fall. Viktor Gustavsson (Birel ART/TM) finally set the fastest lap of 52”061, followed by 7 hundredths by Leuillet. Simone Cunati (Birel ART/TM) took 3rd place by 0.137″, followed closely by Nomblot and then Landais 5th after 0.243″. Hubert Petit (Sodi/TM) was 10th and Thomas Imbourg (Sodi/TM) 13th.

Paavo Tonteri (Tony Kart/Vortex) crossed the 53” mark in the second session, soon to be followed by Robert Kindervater (Birel ART/TM), then Senna van Walstijn (Sodi/TM). The young Dutchman kept 1st place with 52”105. Tonteri came 2nd by 7 hundredths in the final moments, ahead of David Trefilov (Maranello/TM), Kristijan Habulin (TB Kart/TM) and Leonardo Marseglia (Birel ART/TM). The French were not really in the running in this session as Damien Vallar (Sodi/TM) finished 14th and Arthur Carbonnel (Sodi/TM) 16th.