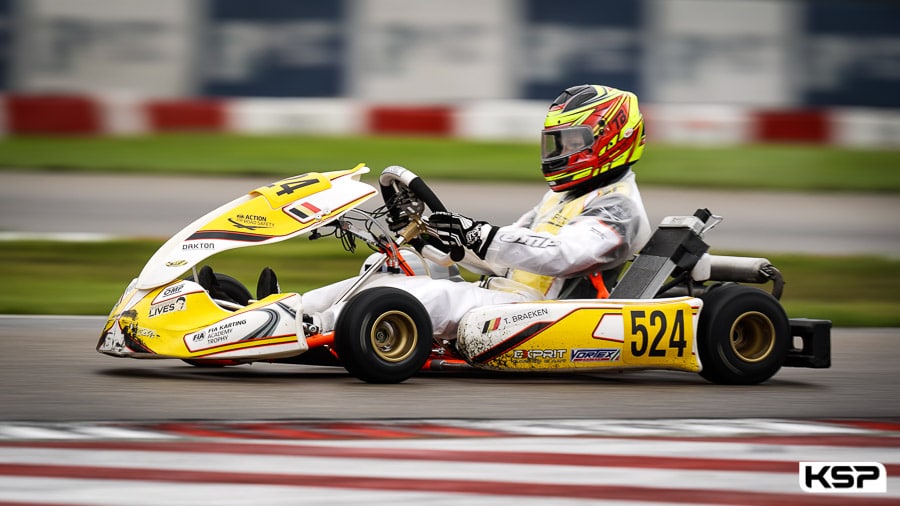 Only the second session of the Academy Trophy had the opportunity to run on slicks on a dry line at Genk before the timed laps.

In Session 1, Jayden Thien (NLD) was the first to shine against Macéo Capietto (FRA). Then Oscar Wurz (AUT) took over in front of Adam Kowalski (CZE). David Zachary (PHL) then widened the gap and remained the leader with 56”073 despite Jonathan Weywadt (DNK) coming back at the last moment by a tenth. Keanu Al Azhari (ARE) was 3rd ahead of Maxime Furon-Castelain (LUX) and Wurz. Capietto was 7th.

The second session started with Alexander Gubenko (RUS) and Tom Braeken (BEL), but Theo Micouris (GBR) was first to resist. Braeken then went under 56” and continued to progress to take the pole position with 55”612. Gianni Andreasini (DEU) was finally back in 2nd place three tenths ahead of Paolo de Matteo (ITA) and Micouris. Santiago Vallvé (ESP) finished 5th.