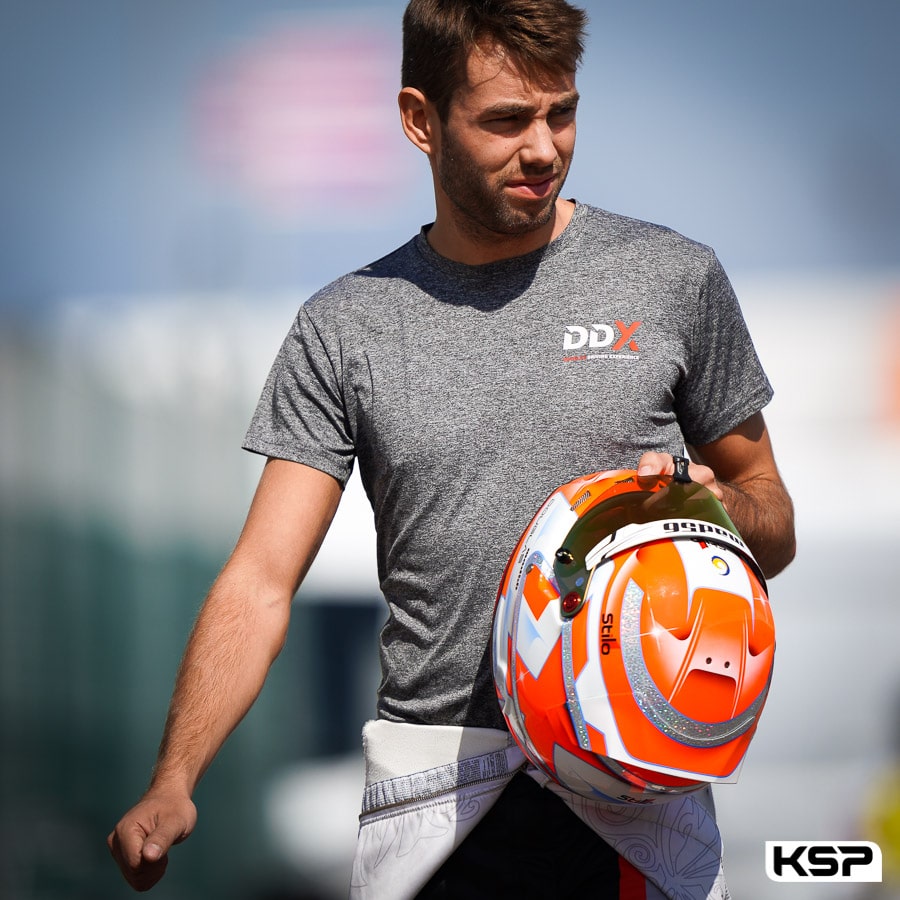 “I think I’m even more motivated than before!”

The Swede Douglas Lundberg (29 years old on 17th September, 2020) is far from a stranger to the paddock. From 2005, he participated in CIK-FIA international Junior competitions. After a stint in KF, he started to shine at the front of the field in KZ2 as early as 2008, before becoming European vice-Champion in this category in 2014, following his first big victory in Kristianstad near his home in Sweden. Since then, he has been a regular frontrunner in the KZ category and this year he is racing for the official Lenzo Kart team.

You have been racing in karting for many years, and you have also raced in cars. How do you find the motivation to continue season after season?
Since I started at a very early age, in 1998 at the age of seven, I have been passionate about motor sports and especially about karting. I really love what I do and I would even say that I am even more motivated than I was a few years ago. As soon as one race is over, I am already thinking about the next one and I can’t wait to get back in the seat! I hope to be able to race for many more seasons. Some people think that at a certain age a driver is not as fast anymore, but I don’t agree. At least until the age of 40, you can still be very competitive, especially in KZ where experience counts for a lot. After that, in terms of results, it depends more on the equipment you have and the team you race with.

You took part in GT events in 2018. Do you want to continue along this path?
In 2017 I tried my luck in LMP3 at a race at the Red Bull Ring. Then I had the opportunity to drive a Ginetta from the Speedcar team in the French GT4 Championship in 2018. It was a great adventure and I achieved two podiums with a French team-mate. But it helped me understand how much I love karting, which explains why I am now 100% dedicated to it. A little more than 10 years ago, I had to stop karting for a short time for financial reasons. It was very hard and I was particularly motivated when I came back.

Is it difficult to find a place in a team to race in KZ?
Yes, of course it is. Moreover, to try to get good results in this category, it is better to join a factory team. There aren’t that many places.

Which teams have you raced for?
A lot! I’ve worked with a number of private teams, including some large structures like CPB Sport and Ward Racing, as well as with official teams: Kosmic, Intrepid, Mach1 and now Lenzo Kart. It’s not the biggest factory, but I feel very comfortable there. They have a lot of ambitions and are constantly working to improve their products, which are made in their factory in Sicily. For me it’s an interesting challenge, I’m constantly trying to give the best of myself to bring the team to the forefront. For example, I was particularly happy when we won a WSK race at Adria in 2019.

The news of the death of Konstantin Kapetanidis must have been terrible for the team and for you?
That’s right, we were all devastated. I had the opportunity to get to know Konstantin better at the beginning of the season at Lonato. I discovered a charming and cheerful young man. He should have been at my side during the FIA Karting European and World Championships this season. It’s a tough experience, I often think about him!

What is the “Douglas Driving Experience” sticker on your kart?
It’s the company I created a few years ago, because I sometimes coach other drivers during the season, in Sweden or elsewhere, between the races I take part in.

What is your best memory?
I’m not especially inclined to look back, I prefer to concentrate on the races to come. Nevertheless, I have had some very good moments, with several successes and podiums in my country and in important international events. My victory in the Swedish round of the European KZ2 Championship in 2014 with an Alpha Karting chassis from the CPB Sport team was undoubtedly one of the best. I was close to the European title! It was the first great result for Paul Bizalion’s team. We met again in 2017, when I competed in an excellent KZ World Championship, finishing in 7th position. This enabled me to match the same result achieved in 2015 with the Kosmic team.

What are your favourite international circuits?
Sarno and Le Mans. In Sweden we also have some nice circuits, like Kristianstad of course!