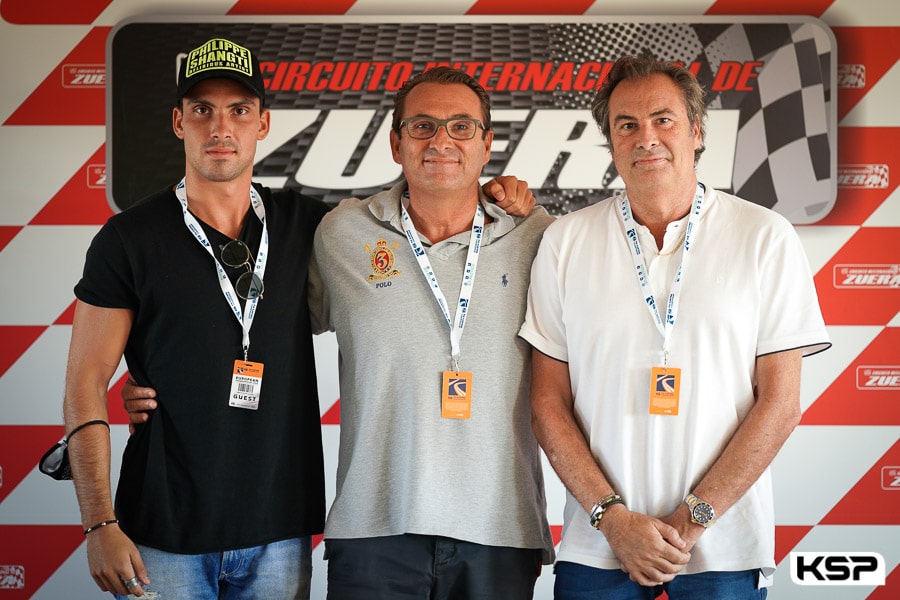 “I think a lot of drivers were looking forward to coming back to Zuera.”

As the manager, along with his brother Narciso, of three circuits in Spain, Zuera, Vendrell and Tenerife, Carlos Gil has been involved in karting for 45 years! He returned to FIA Karting Competition with great pleasure, when the European Championship for the OK and OK-Junior categories restarted at the beginning of August.

Can you remind us of your background?
I was karting for about ten years and I was Spanish Champion five times. At the international level, my best memory is still the CIK-FIA European Championship in ICA in Ugento, Italy in 1991, when I came back to 2nd position!

Today, your family business manages three circuits. Can you tell us about them?
The story goes back to 1975, when we created the Vendrell circuit in Catalonia. With the success of this venture, we had the opportunity to launch another complex on the island of Tenerife in 1988. As for Zuera, the track already existed when we bought it and we developed it. Today I spend most of my time in Vendrell, but I frequently have to visit the other two tracks.

Do you have any new projects?
The current economic situation is not the best compared to what we have experienced in recent years. In this context, our priority objective is to secure the financial equilibrium of our three circuits, while at the same time looking for new ideas for further expansion in spite of the current crisis. For new projects, we remain attentive, but I think it is better to wait! As far as the Zuera circuit and the FIA Karting Competitions are concerned, we will host a European Championship again in 2021, so why not another World Championship afterwards?

Why did it take four years to return to FIA Karting Competition?
We restructured at group level to develop the activity of our circuits which took some effort for us. My son Carlos has just finished his education at university and he is going to work full time with my brother Narciso and I. Now we have more time, so we have asked the Spanish Federation, the FIA and the promoter RGMMC to organise another big international Competition in Zuera.

This was your first experience with RGMMC in FIA Karting. Are you satisfied with the way the Competition went?
Yes, I am very satisfied. We have an excellent relationship with James Geidel, the person in charge of RGMMC. I knew him when he was a young boy when he was racing in karting. From that time on, I had the opportunity to bond with his family. Later, we worked together very often during many Competitions. He is an excellent promoter. We have often been able to see this, as he also manages the Spanish Championship in conjunction with our federation.

It’s often spectacular at Zuera, so you must be pleased…
Yeah, I think the track still offers a lot to see. There are several places to overtake and it suits all categories perfectly. On the one hand, the track is fast, but the corners are also very interesting. The drivers are happy to come here. In these conditions, it is a pity that the coronavirus crisis has disrupted this great Competition: a few more than 50 drivers were not able to go to Spain and we were not able to host the public, while being forced to limit the people accompanying the competitors.

Do you have any special memories of the Competitions held here?
On the one hand, the CIK-FIA has often trusted us to organise World and European Championships, which we are very proud of. On the other hand, the suspense often lasts until the last lap of the Final. We all had a lot of excitement. From a more personal point of view, I obviously keep an image in my head, of my son Carlos’ 2nd place in the CIK-FIA European KF2 Championship in 2011, three years before his victory at the Rotax Grand Final in Valencia. Albert, my other son, has also distinguished himself many times in Zuera. In addition, I had the pleasure of seeing him on the podium of the Champions Cup, a Race in Vendrell.

Weren’t you surprised to see the age and size of some of the drivers in OK-Junior?
It is quite impressive to see such young drivers in an FIA European Karting Championship. The evolution of karting is like that. They have trained a lot to get to this level and at each Race they show that they are capable of handling this situation. It’s while walking around the paddock that you realise that drivers change quickly from year to year, sometimes it’s hard to get to know them. On the other hand, I’m more used to being with the team managers I’ve known for a long time and I still enjoy talking to them.