Barnard on pole for the OK Final at Sarno 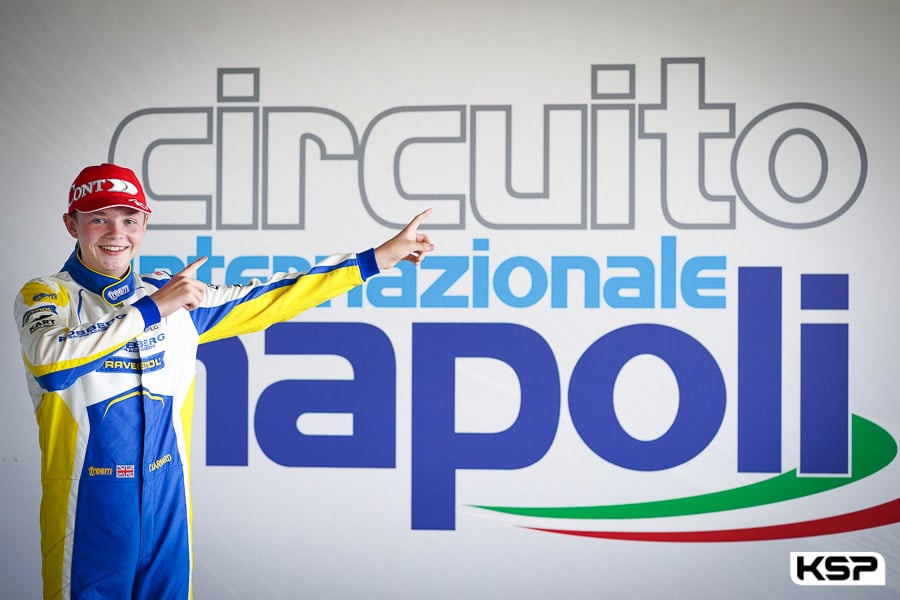 The drivers of the OK European Championship were competing at Sarno on Sunday morning for their last two Qualifying Heats.

Heat A-D was interrupted by a red flag a few seconds after the start due to a violent crash by Nicolo Cuman and Marcus Amand. Both drivers were unable to take part in the restart. Taylor Barnard (KR/Iame) regained 1st place on lap four by passing Juho Valtanen (KR/Iame). He won again with the fastest time, 2.2″ ahead of Valtanen. Alexander Dunne (Birel ART/TM) kept his 3rd place, Norton Andreasson (Tony Kart/Vortex) moved up to 4th ahead of Michael Paparo (Praga/TM). Matheus Morgatto (Birel ART/TM) did not finish the race.

Nikita Bedrin (Tony Kart/Vortex) and Rafael Camara (Exprit/TM) made contact at the end of the straight on the first lap of the B-C heat and it was the end of it for them. The slow procedure came into effect for just enough time to put the track back in order. At the restart, Andrea Kimi Antonelli (KR/Iame) attacked Oliver Gray (Birel ART/TM) who made contact with James Wharton (Parolin/TM): the Australian retired, while the British driver found himself at the back of the pack. Antonelli took the victory with a big lead of 3,7”. Maya Weug (Birel ART/TM) had to give up 2nd place to Hannes Janker (KR/Iame), while Sebastian Gravlund (Kosmic/Vortex) moved up from 18th to 4th position in front of Miron Pingasov (KR/Iame).

Barnard was of course the undisputed leader of the OK heats. Valtanen was in 2nd position in front of Joe Turney (Tony Kart/Vortex) and Luigi Coluccio (Kosmic/Vortex). Antonelli came back to 5th place.