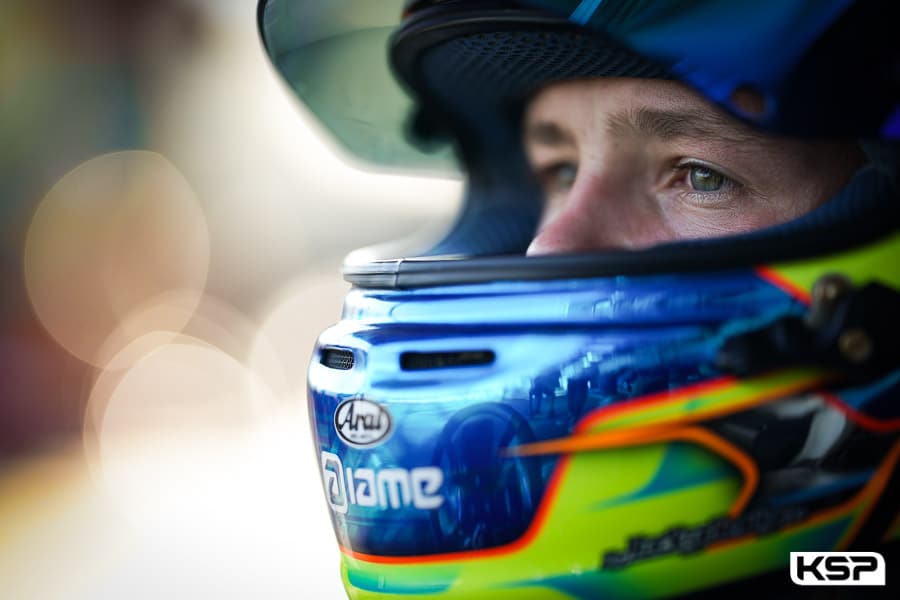 The second session was faster with Taylor Barnard (KR/Iame) posting a lap of 55”506, more than 2 tenths ahead of Luigi Coluccio (Kosmic/Vortex). Jamie Day (Birel ART/TM) was 3rd by over 4 tenths, Dilano vant’Hoff (Exprit/TM) 4th and Hannes Janker (KR/Iame) 5th.

The speed was no longer increasing in the third session, with Juho Valtanen (KR/Iame) finishing in 55”934, followed at two-thousandths by James Wharton (Parolin/TM). Nikita Bedrin (Tony Kart/Vortex) and Michael Paparo (Praga/TM) were perfectly even in 3rd and 4th positions ahead of Laurens van Hoepen (Birel ART/TM).