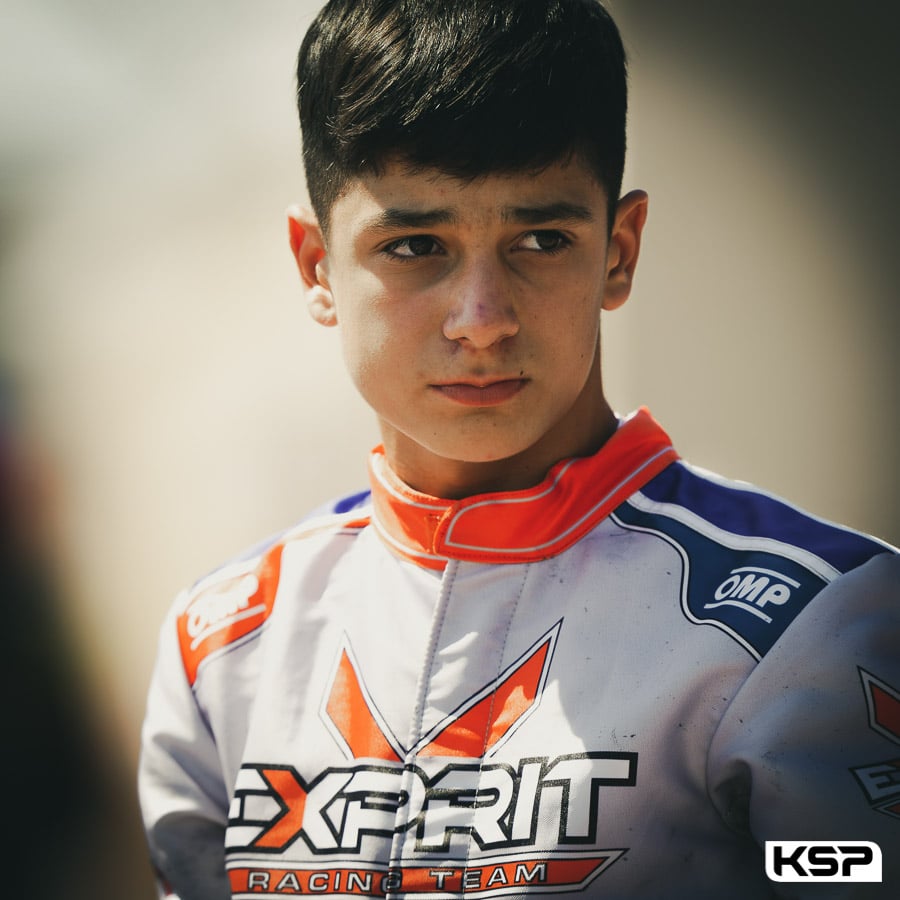 Now 15 years old, Kajus Siksnelis comes from Lithuania where basketball is much more popular than motorsport! So the young kart racer did not hesitate to travel across Europe to make progress and build his reputation. The revelation of the FIA Karting Academy Trophy in 2018, he continued in the Competition the following year to win the title. His rise to prominence was also confirmed by a particularly successful 2019 FIA Karting World Championship – Junior, as the Lithuanian took 3rd place on the podium in Finland. He has chosen OK for this season at the top level.

Where did your interest in karting come from?
My father raced in karting several years ago, it was in Intercontinental A if I remember correctly. As for me, I started when I was eight years old. Unfortunately, karting is not yet well developed in Lithuania and we competed in a few races in Italy in the Mini category in 2015. In 2018 my career started to include another dimension, with regular participation in the major international Competitions in Europe. Alongside the OK-Junior category, I had the chance to represent Lithuania in the FIA Karting Academy Trophy.

What did this Trophy bring you?
I liked it very much, because you have to rely on yourself first and foremost. Everyone has the same equipment and starts the Competition on an equal footing with his or her opponents. It’s never easy, the slightest detail counts, in Free Practice, the Heats or in the Final! Only when everything is in place is it possible to aim for a good result. In 2018, I was already in the top 10 in my second race on the Lonato circuit. The following year, I had a better understanding of this unique environment and I managed to manage my season better. I found myself up against talented rivals such as Robert De Haan and Christian Ho, but I was able to win the title thanks to the two podiums I achieved in Sarno and Lonato.

What do you see as the main differences with OK-Junior?
In terms of equipment, it’s very similar. On the other hand, you learn to work in a team that supports you, encourages you and congratulates you when you get a good result. That was with the Ward Racing Team last season and this year with the Exprit Racing Team. They are very professional teams. Either way, it was a great opportunity to have been able to race in both OK-Junior and Academy.

Were you looking forward to resuming racing after the interruption due to the health crisis?
Of course. I took advantage of this period to do sports regularly, about three or four times a week. But nothing beats the adrenaline of karting. Especially since I moved up to OK in 2020. I need to drive and make progress. The engine is very powerful, the tyres have a lot of grip, so you need to learn how to use the equipment, to be confident and to find the right feeling. I hope to improve throughout the European season, to aim for the best possible result at the FIA Karting World Championship in Portimao in November. After that, I want to switch to single-seaters and go as far and as high as possible.

What was the influence of your coach, Simas Juodvirsis, who is also from Lithuania?
Simas has a very significant list of achievements, including a CIK-FIA KZ2 European Championship in 2012. He knows the environment perfectly and it is an advantage to speak the same language. It’s often useful for him to act as an intermediary with the team. He taught me a lot, he helped me understand the importance of the physical, mental and strategic aspects of racing.

And what is your favourite circuit?
I like Sarno very much, where I reached the podium in the FIA Karting Academy Trophy, as well as Alahärmä in Finland, where I finished P3 in the Final of the FIA Karting World Championship – Junior after starting 16th. The track is hilly, interesting and spectacular at the same time.