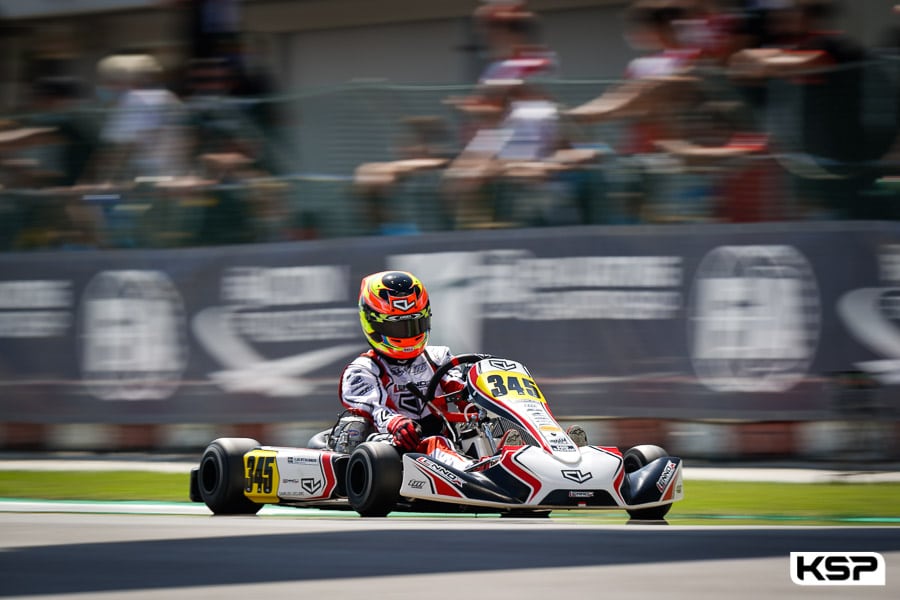 Under the warm Adria sun, Viktor Gustavsson (Birel ART/TM) and Simone Cunati (Birel ART/TM) shared the front row of the grid for the KZ2 Final of the European Championship race in Adria. On the track, a tribute was paid to Konstantin Kapetanidis, who recently died in an accident, and who was due to take part in this race. Some drivers could not enter the pre-grid because they were late. Danilo Albanese (KR/Iame) and Kristijan Habulin (TB Kart/TM) were missing.

The top six remained in the same order at the end of the first lap, with Gustavsson and Cunati already taking a slight advantage over the field led by Giuseppe Palomba (Birel ART/TM). Tom Leuillet (Praga/TM) got off to a good start and snatched three places, followed by Arthur Carbonnel (Sodi/TM) a second behind. Gustavsson escaped on lap 5, while Palomba got closer to Cunati. Jean Nomblot (Sodi/TM) had dropped to the back of the field. Leuillet attacked Marseglia to enter the top five on lap 9 of the 24-lap race. At the halfway point, Gustavsson continued to set fastest times and was 2.4″ ahead of Cunati. Carbonnel was gradually coming back to Marseglia’s 6th position and Hubert Petit (Sodi/TM) made his entry into the top 10 with a 10-place gain. Tension was rising in the run-up to the finish for 2nd place between Cunati, Palomba and Tonteri, but the situation remained the same until the chequered flag. 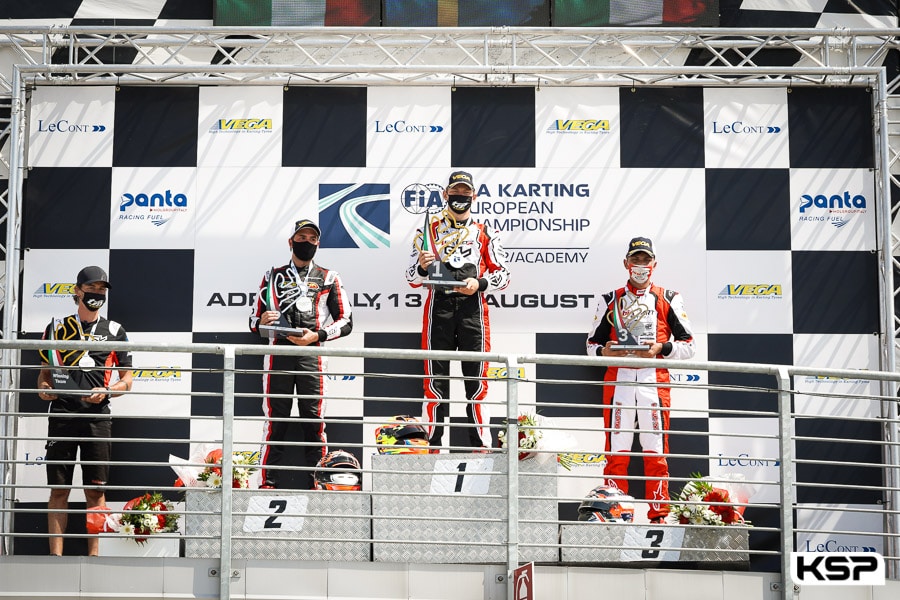 For the Leclerc by Lennox Racing team, Swedish rider Gustavsson won the Final brilliantly with a 6.6″ lead and of course the fastest lap in the race. Cunati, Palomba and Tonteri followed each other while Leuillet finished in the top five. Carbonnel was 8th on the line,but a 3” penalty for excessive noise (1dB) made him fall back to 13th. Petit took 9th place and Nomblot finished 27th.

Gustavsson in control of KZ2 after the heats

Adria: Zilisch imperial in the Final of the Academy Trophy