Adria: Zilisch imperial in the Final of the Academy Trophy 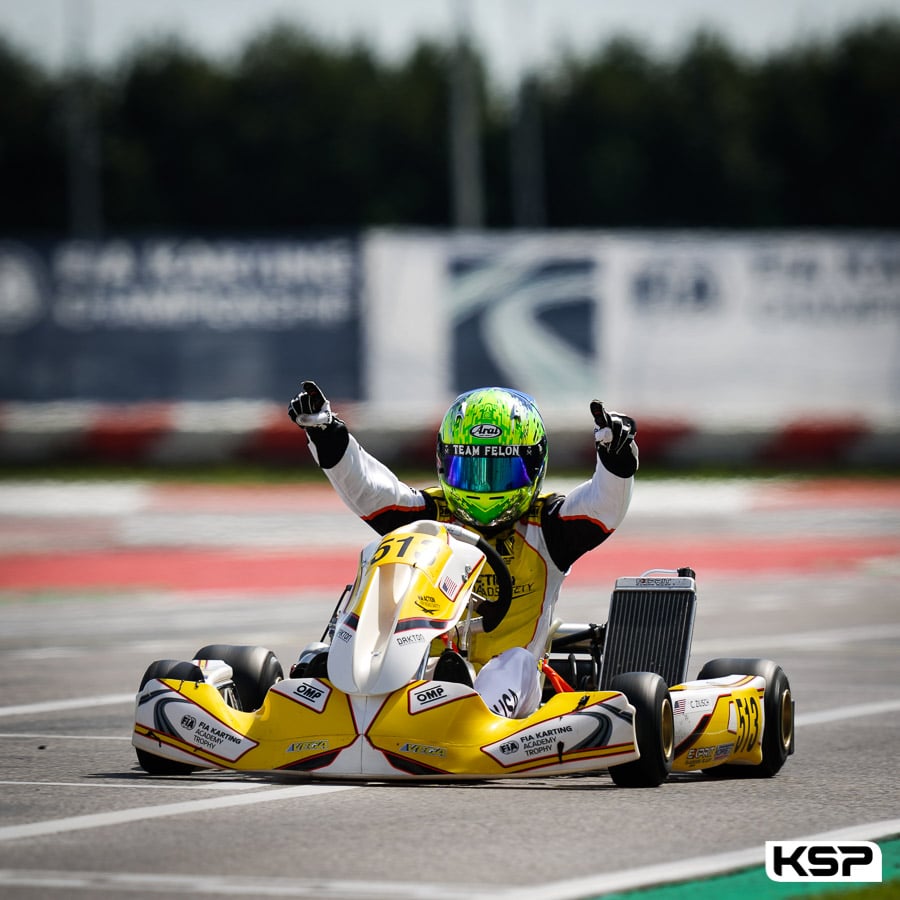 The temperature had risen above 30° on Sunday afternoon and the light breeze couldn’t lighten the atmosphere for the start of the Final of the Academy Trophy Round 1 at Adria. Connor Zilisch (USA) started from pole position with Maxime Furon Castelain (LUX) next to him, Jonathan Weywadt (DNK) and Alex Powell (JAM) sharing the second row of the grid ahead of Macéo Capietto (ITA) and Tom Braeken (BEL).

Zilisch took the lead and increased the gap over Powell, Santiago Vallvé (ESP) and Weywadt after an eventful first lap which left six drivers out of the running, including Braeken and Keanu Al Azhari (ARE). Furon-Castelain was 5th ahead of Capietto, while Weywadt was back in 3rd position well ahead of the pack. Vallvé dropped back and Rafael Modonese (PER) moved up to 5th. At the halfway point, Weywadt overtook Powell for 2nd place, 3.2” behind leader Zilisch. Furon moved up to 3rd and was in pursuit of Weywadt. The overtaking manoeuvre took place on lap 16 of the 20 laps with Zilisch on a 4.7″ lead. A regrouping took place between four drivers for 3rd place with two laps to go. Modonese and Powell were the losers while Weywadt was 3rd and Capietto 4th. The race was decided in this order.

Zilisch took a magnificent victory, with the fastest lap and 4.8″ ahead of Furon Castelain. Weywadt regained his 3rd place in front of Capietto, Modonese finished 5th with a nine-place gain and Powell finished 6th. 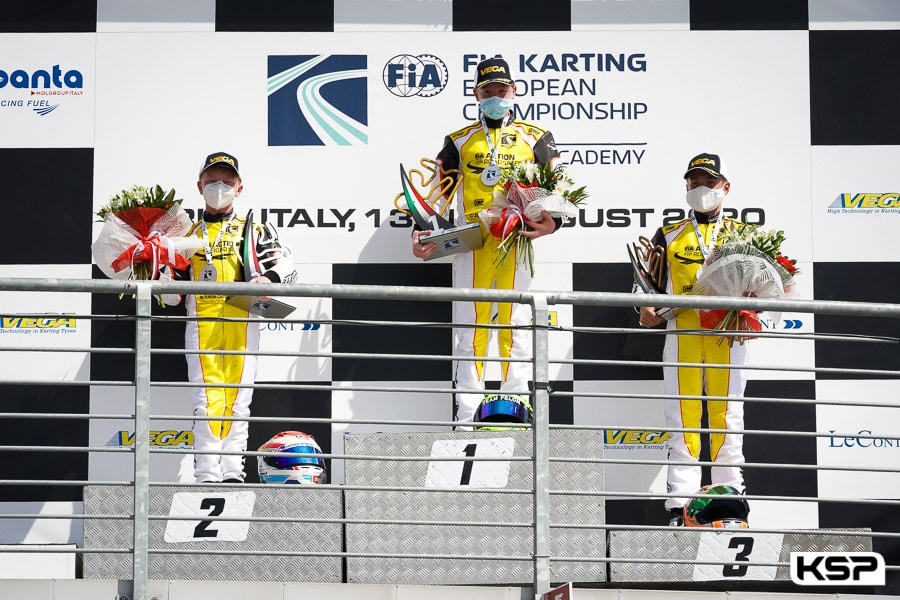