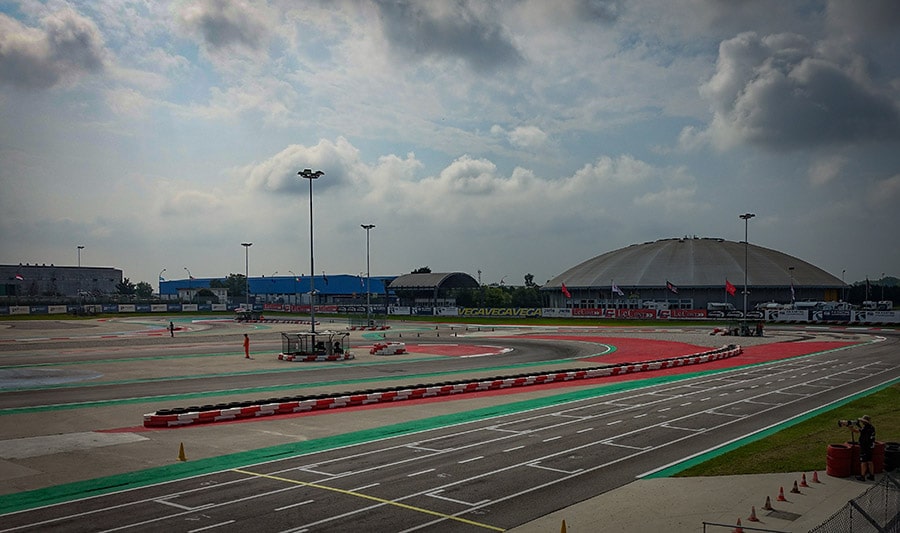 20 entries did not show up at the Adria Karting Raceway for the second FIA Karting meeting of the season. 115 drivers are on track instead of the 135 registered and in most cases, travel problems were the main reason. The absences are the most numerous in the Academy Trophy with 13 missing, mainly from Asia and Latin America. In KZ, only Pedro Hiltbrand (Tony Kart/Vortex) is missing due to injury. For the European KZ2 Championship, the death of Konstantin Kapetanidis caused emotion in the paddock. Five other drivers are not taking part, but Arthur Carbonnel (Sodi/TM) is in the race, despite his absence from the initial list of participants.

Eight Frenchmen in the race, including five in KZ2

Jean Nomblot (Sodi/TM), Hubert Petit (Sodi/TM) and Arthur Carbonnel (Sodi/TM) are in place in the CPB Sport team with the Russian Lev Lomko (Sodi/TM) who is driving under a French licence. Tom Leuillet (Praga/TM) is back with the official Praga team and Noam Abramczyk (Formula K/TM) has followed his mentor Jeremy Iglesias to Formula K, in the joint IP Karting awning.

In KZ, we can count on Jérémy Iglesias (Formula K/TM) and Adrien Renaudin (Sodi/TM), both official drivers. While Adrien is hosted by CPB Sport, members of the Sodi Racing Team are at his side, while the new father Kevin Cuoco is his regular mechanic for the weekend.

Finally, Macéo Capietto will embody the French hopes in the Academy Trophy. The FFSA would have liked to be able to enter another driver, which was quite possible given the number of defections, but the inflexible rules of the CIK-FIA did not allow it.