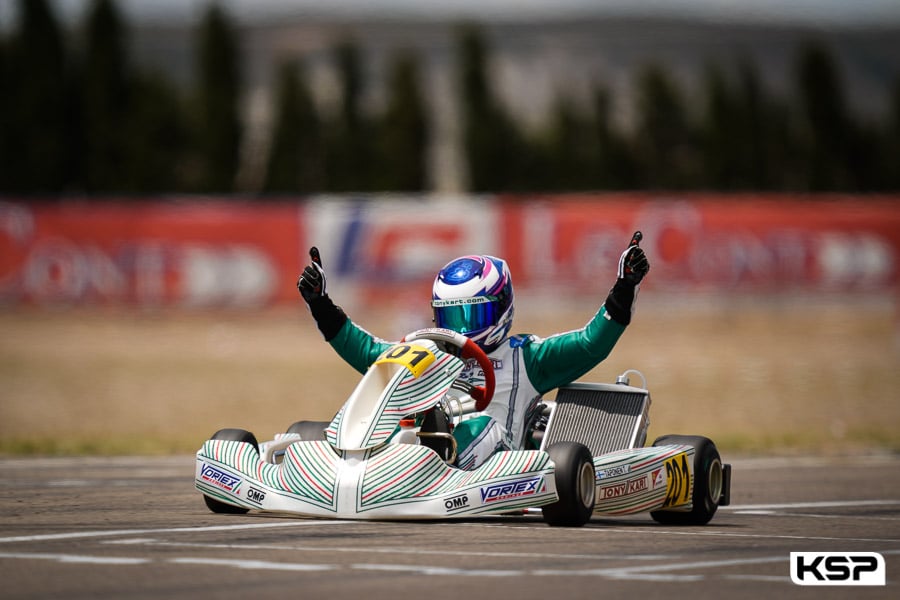 In Zuera, Spain, the OK-Junior Final lived up to all its promises in the first of the three European Championship events. A compact group of drivers remained neck and neck for a long time, with constant overtaking. While the outside of the front row led by Brando Badoer (KR / IAME) took a little time to catch up with the poleman Arvid Lindblad (KR / IAME), it was the latter who took the lead on the first lap.

Soon, the hierarchy emerged. Valerio Rinicella (Parolin / TM Racing) was the revelation of the Spanish meeting and took the lead, but the rest of the race did not go in his favour. Brando Badoer (KR / IAME) made a great effort to take the lead, before being overtaken by Tuukka Taponen (Tony Kart / Vortex), who started back in 9th position.

Shortly afterwards, the British driver Lindblad fell back in the rankings, while the American Ugo Ugochukwu overtook the Italian Badoer. This manoeuvre allowed Taponen to gain a few tenths of a second lead and to go on to victory ahead of Ugo Ugochukwu and Badoer.

The Jamaican Alex Powell (KR / IAME), who had taken advantage of the situation to get in between them, resisted Lindblad until the end for 4th place. The Italian Rinicella had to be satisfied with 7th place, ahead of Poland’s Tymoteusz Kucharczyk (RK / TM Racing), Bulgaria’s Nikola Tsolov (KR / IAME) and the best of the French, Evan Giltaire (Sodi / TM Racing), a brilliant contender during the meeting.

Respectively 22nd and 23rd, Arthur Rogeon (Exprit / Vortex) and Augustin Bernier (KR / IAME) gained a lot of experience by going all the way to the end of the Final. Starting in 34th place, the Luxembourger Maxime Furon-Castelain (Exprit-TM) did not spare any effort to gain 19 places and score a point for 15th place! 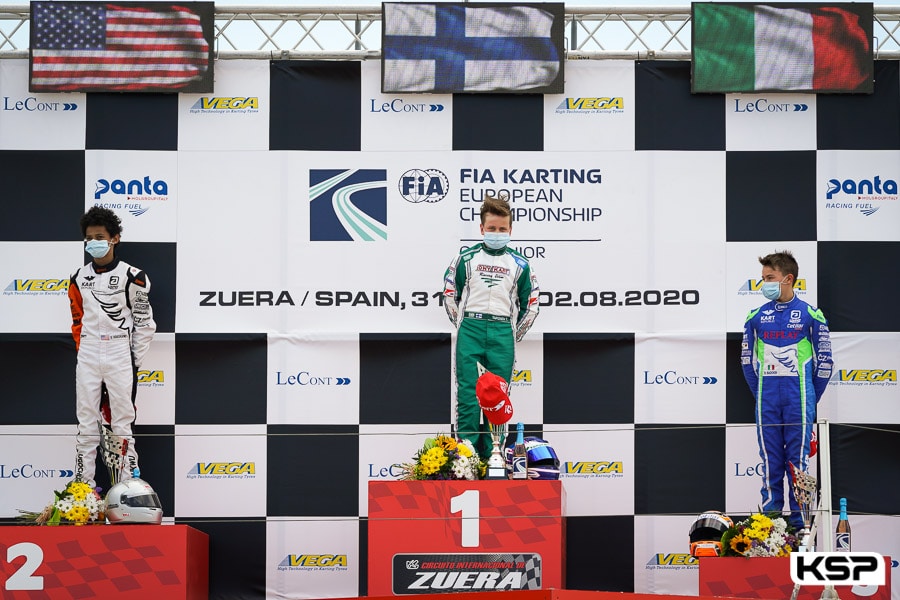