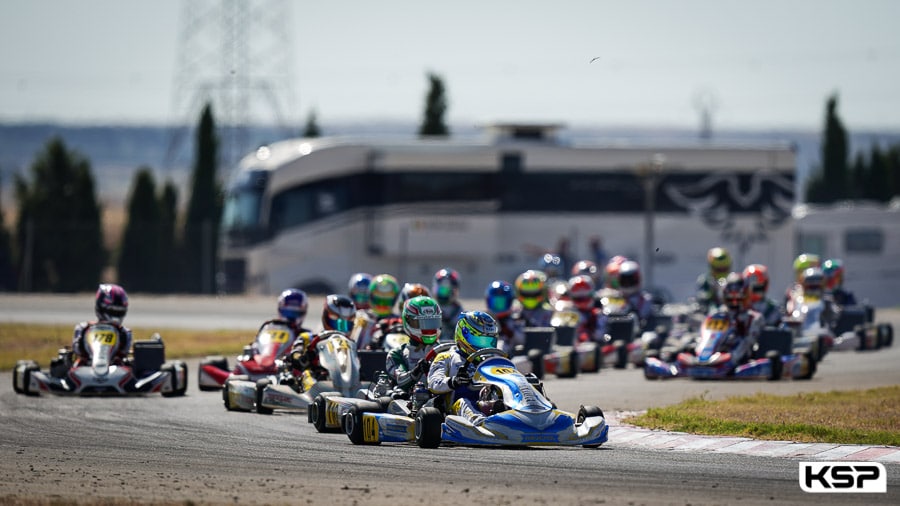 Already pole position holder and winner of his three heats on Saturday, Briton Taylor Barnard (KR / IAME) added another victory to his chase for first place on the grid for the Final. Germany’s Hannes Janker (KR / IAME) kept up a strong momentum in his final heat and will share the front row with Barnard.

Sweden’s Norton Andreasson (Tony Kart / Vortex) won the last heat of the morning and narrowly missed out on the top 10 in the overall standings. There was disappointment for Marcus Amand (KR / IAME), however, who was forced to retire in the B / C heat. The Frenchman will start only 17th in the Final.