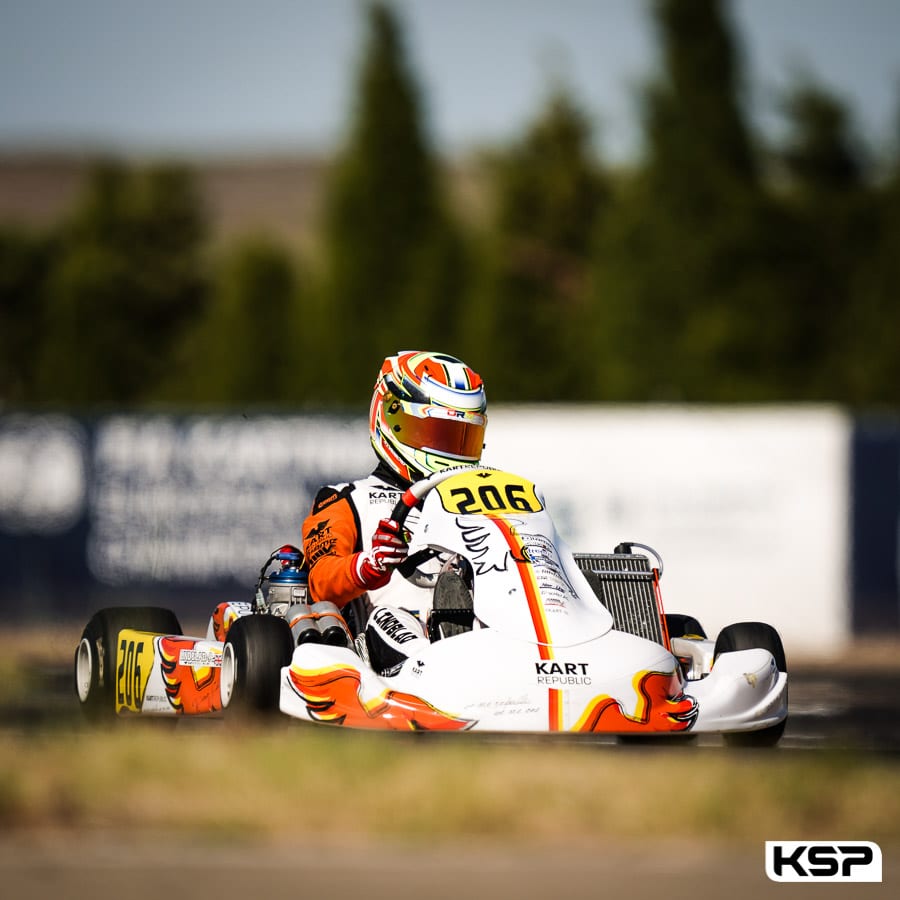 Frenchman Evan Giltaire (Sodi / TM Racing), Briton Arvid Lindblad (KR / IAME) and Italian Brando Badoer (KR / IAME) shared the last three Qualifying Heats on Sunday morning. Already the leader of the intermediate on Saturday evening, Lindblad therefore maintains his leadership in the Juniors and will start the Final from pole position, with his team-mate Badoer at his side.

Valerio Rinicella (Parolin / TM Racing), the fastest on Friday afternoon, settled for 8th place, but remains in a good position to aim for the podium as he will start in 3rd position ahead of two other KR Motorsport team drivers: the Czech Igor Cepil and Jamaican Alex Powell. The latter confirms his progress in the category even though he was still racing in the 60 Mini last year.

The Frenchman Evan Giltaire finished his qualifying run by brilliantly winning the E/F heat, which allowed him to finish 6th before the long awaited Final. 7th overall, Bruno Del Pino (Tony Kart / Vortex) remains by far the best Spanish driver in this category. Despite a disappointment in his last heat, Arthur Rogeon (Exprit / Vortex) won his place in the Final (26th), as did Augustin Bernier (KR / IAME), 36th and last qualified, two places behind Luxembourg’s Maxime Furon-Castelain (Exprit / TM Racing).