Home News International Event Heading for a duel between Arvid Lindblad and Brando Badoer in Junior?

Heading for a duel between Arvid Lindblad and Brando Badoer in Junior?

After being narrowly beaten by Igor Cepil (CZE – KR/IAME/LeCont) in the first Qualifying Heat of the day, Arvid Lindblad responded perfectly in the next three races by winning brilliantly. Brando Badoer (ITA – KR/IAME/LeCont) achieved the same performance by winning three times as well, but settled for 7th place in one of the heats. 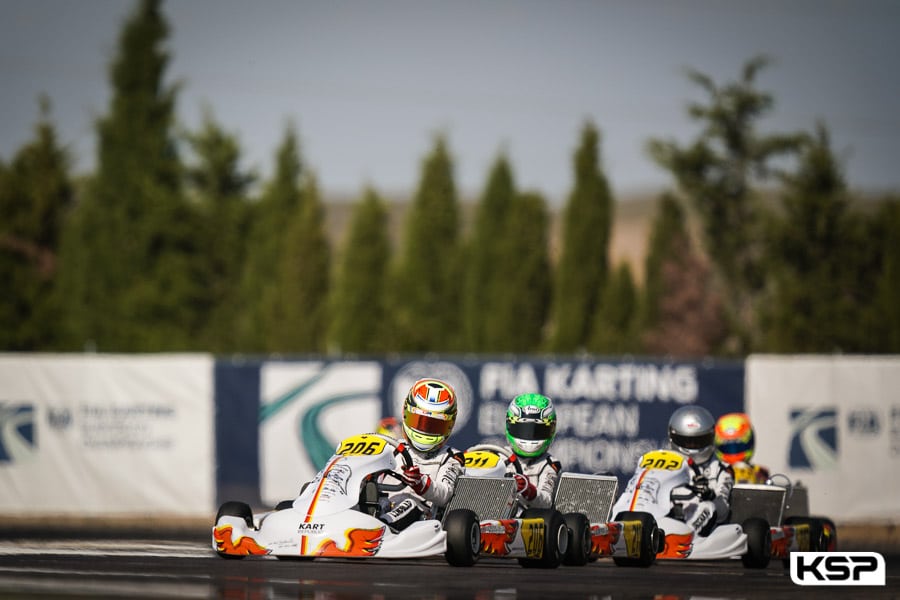 Valerio Rinicella (ITA – Parolin/TM/ Racing/LeCont), who on pole position after the previous evening, held his position despite the pressure of his rivals, finishing his day with two wins and two 2nd places. Dion Gowda (SGP – Kosmic/Vortex/LeCont), Tuukka Taponen (FIN – Tony Kart/Vortex/LeCont) and Nikola Tsolov (BGR – KR/IAME/LeCont) took the other three wins of the day.

The contenders for the podium are numerous, such as Alex Powell (JAM – KR/IAME/LeCont), Evan Giltaire (FRA – Sodi/TM/LeCont) and Lorens Lecertua (BEL – FA Kart/Vortex/LeCont), who raced with consistency, as did the top Spaniard of the day, Bruno Del Pino (Tony Kart/Vortex/LeCont).

Frenchman Arthur Rogeon (FRA – Exprit/Vortex/LeCont) put in a strong performance, finishing in 3rd position twice, but a retirement at the end of the day could prevent him from claiming a place in the top third of the field in the Final. Augustin Bernier (KR/IAME/LeCont) was not always successful, but the young Frenchman can still hope to qualify. It will be more difficult for his compatriot Macéo Capietto (KR/IAME/LeCont) and for Luxembourger Maxime Furon-Castelain (Exprit/TM Racing/LeCont), but not impossible! The answer will come on Sunday lunchtime…

Three out of three for Taylor Barnard in OK