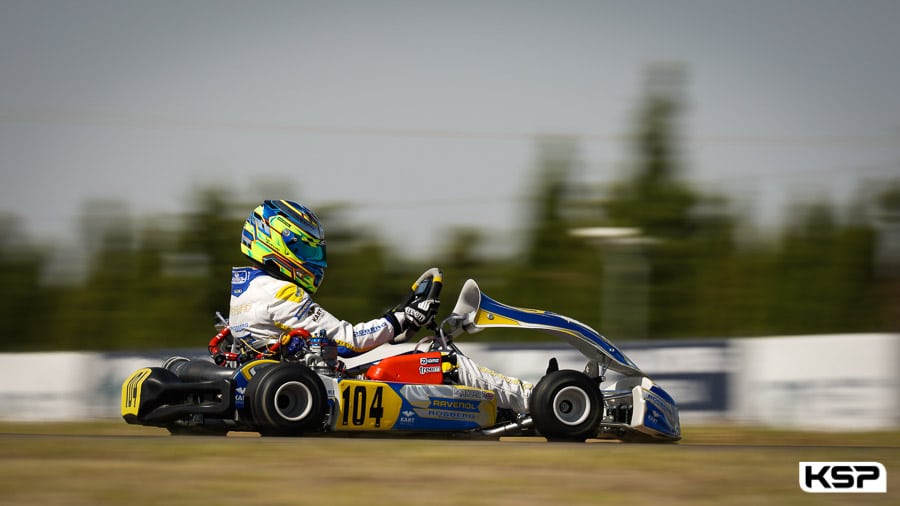 For his second year in the category, Taylor Barnard got off to a perfect start in his FIA Karting European Championship with a splendid pole position. “The work done during free practice paid off and the objective was clearly to be able to start from the front row in the qualifying heats,” admitted the Briton, who has been wearing the colours of the Rosberg Racing Academy since 2018. “Of course, the hardest part is still to come, as the competition is very strong here in Spain. Nothing will be easy, just like the heat we’ll have to deal with.”

Qualifying was extremely close, with Sweden’s Norton Andreasson (Tony Kart/Vortex/LeCont) setting a time identical to Barnard’s, at 59”939 and an average of over 102km/h on one of the fastest tracks of the season. The second fastest lap of each Driver had to be used to differentiate between them! Two other drivers managed to go under a minute, namely Kimi Antonelli (ITA – KR/IAME/LeCont) and Hannes Janker (DEU – KR/IAME/LeCont). Enzo Trulli (ITA – KR/IAME/LeCont) completed the top five.

Rinicella leads in Junior by just a tenth!