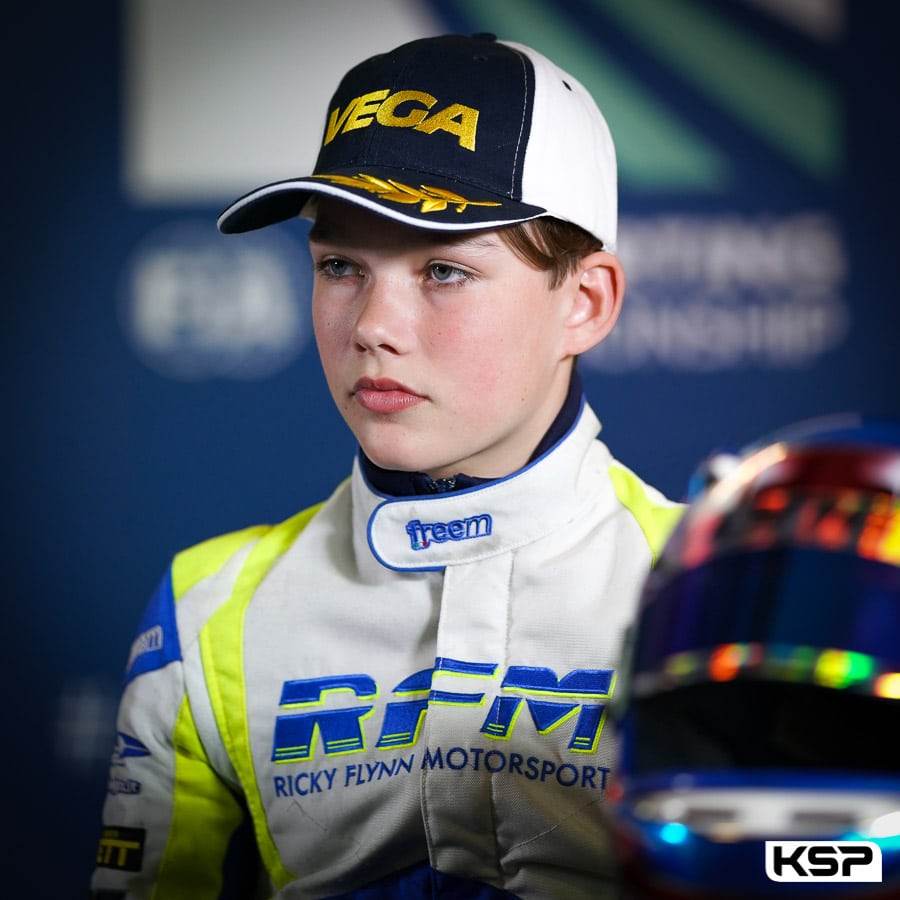 The young Dutchman Thomas ten Brinke made a breakthrough on the international stage in 2018 before reaping the rewards of his talent and hard work the following year. Third in the FIA Karting European Championship – Junior, he went on to win the FIA Karting World Championship – Junior in Finland. Always loyal to the British team RFM, at the age of 15 he was planning to compete in OK for a full season. The coronavirus decided otherwise. In an interview conducted at the end of June 2020, Thomas shares his views on the last few months and the imminent resumption of racing.

Thomas, how did this long interruption go for you?
I must say that everything is going well since I am able to get back on the track to prepare for the resumption of competition. I’m currently on the circuit in Adria, Italy, with my whole team. During the lockdown, I stayed in the Netherlands with my parents. In our country, there was a difficult period of several weeks during which we didn’t want to go out. School was closed and I stayed at home. This unprecedented situation was strange for everyone.. Nevertheless, I did not get bored! I stayed active and took advantage of all this free time to maintain my physical condition on a daily basis. I was lucky enough to be able to train at home before a nearby gym allowed me to intensify my exercise.

Luckily the situation in the Netherlands improved quite quickly and everyone can gradually get back into the swing of things. I met up with my coach again and we went to Belgium and Germany where there were already circuits open. I was able to do some test sessions so as not to lose the feeling for driving while waiting for the races to return.

How does the restart of racing look for you?
I went to the Adria circuit last week to resume track testing for the next WSK event. It was very good to see the whole team again after so long, we were all happy to be in good health and to finally get ready for the restart of the season. It was not easy to get back behind the wheel of my kart for the first time after several months of interruption. In addition, there was a lot of grip on the track and I had to find the feeling again. After a few days, everything came back and I began to be on the pace.

The new infection control rules are not too restrictive. There is a body temperature control at the entrance of the track, masks are available in the paddock and I have the feeling that everybody is paying attention. Otherwise, we have the usual atmosphere of a kart race and we share the same drive to race.

As far as the situation outside the circuit is concerned, everything is back to almost normal in Italy as of last week. It would have been very different if we had come earlier. Hotels and restaurants have now reopened, life seems to be back to the way it used to be.

What are your goals for the end of the season?
I’m expecting the season not to be easy because we haven’t raced for a long time. It’s my first year in OK, so I’m giving myself some time to see how I fit into the pack. I think I will be settled after the first WSK competitions. My goal is not to win races at all costs or to aim for a title. First of all I have to master my new machine, which is very powerful, and to get familiar with the high standard of my rivals. I would be happy to be in the top five or top three and of course to be able to take a win, but I don’t have too much pressure on my shoulders. It’s a totally atypical season. I’m here to learn and do the best I can.

What do you see in the future?
It’s of course too early to make plans for next year as the 2020 season hasn’t really started yet. I won’t hide the fact that I’m in contact with a few car teams and a switch to single-seaters is not ruled out at this stage. A World Championship in karting opens new doors. But other options are on the table and only time will allow me to make an important decision at the right time for the rest of my career.