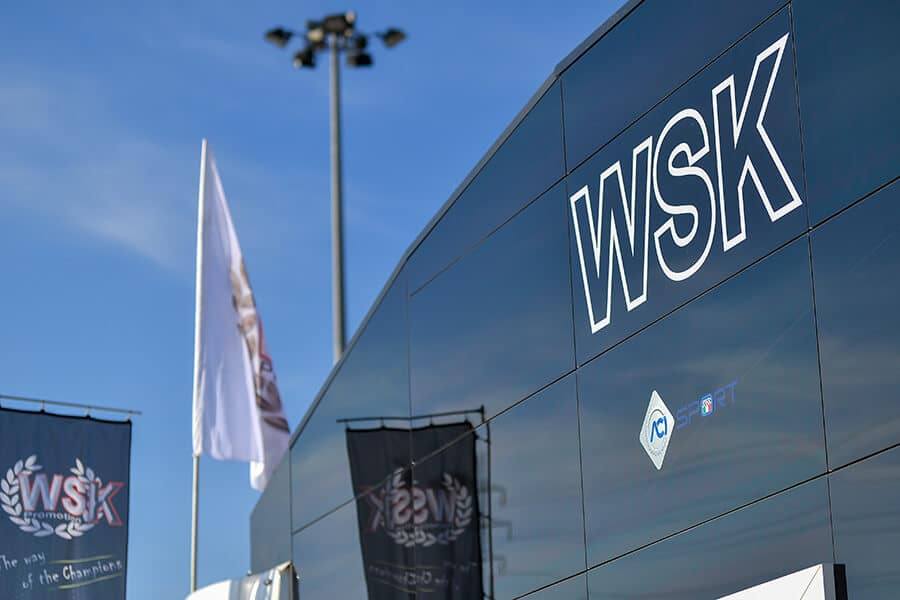 The complete WSK calendar has been rescheduled after the very long lock-down that has stopped sporting activity in Italy and in the rest of the world. The restart is set for July 5th in Adria at the International Adria Karting Raceway, that will mark – as everybody hopes – the reopening of the whole karting movement by WSK, after a lot of weeks of forced stop due to the Covid-19 emergency.

After the three initial rounds of WSK Champions Cup run on January 26th in Adria and the WSK Super Master Series also held in Adria on February 2nd and February 23rd in Lonato, the WSK Super Master Series will resume in the weekend of July 1st-5th in Adria that will stage the third round of categories Mini, OKJ, OK as KZ2 will join them. The four categories Mini, OKJ, OK and KZ2 will get again on track in a new event on July 14-18th in Lonato. In this case the event will kick off on Tuesday July 14th and will end on Saturday July 18th to give more leeway to teams and drivers for the following opener of WSK Euro Series in Sarno.

WSK Euro Series will reach its conclusion on September 16-20th in Lonato with the third round featuring the four categories Mini, OKJ, OK and KZ2 on track.

The WSK season will close in new venues. The WSK Open Cup will be entirely run in Adria with the double round to be held on November 23rd-29th with Mini, OKJ, OK and KZ2. The racing format will go from Monday, 23rd to Sunday, November 29th (Finals Round 1 on Saturday, Finals Round 2 on Sunday).

The WSK Final Cup will take place in Sarno on December 10-13th with Mini, OKJ, OK and KZ2 on track.

Dates to be found also on Kartcom.

Approval of competent authorities is still pending.
Info on www.wskarting.it

Customize your mask thanks to MIR

EWSK Super Formula Masters from this week in Adria