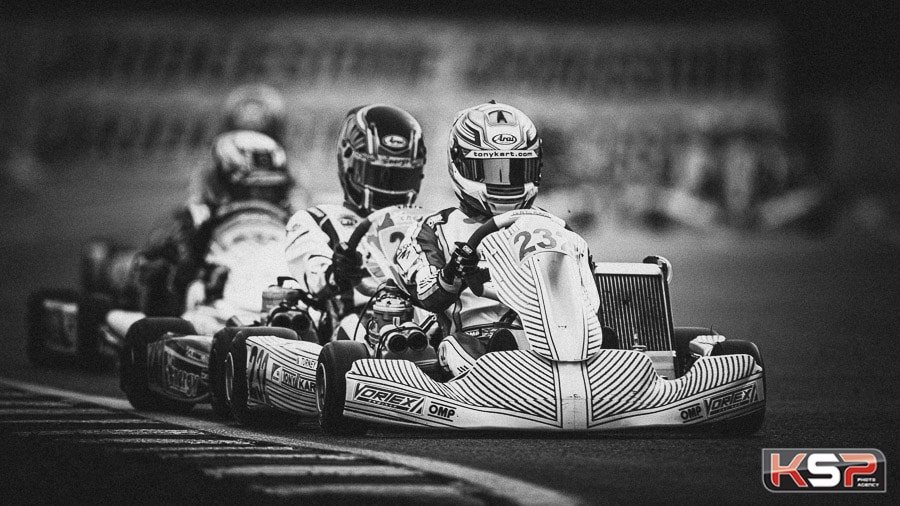 Andrea Kimi Antonelli (KR/Iame) lost five places on the first lap of the OK Final while Lorenzo Travisanutto (Tony Kart/Vortex) led against Robert De Haan (Energy/TM) and Luigi Coluccio (Kosmic/Vortex). Joseph Turney (Tony Kart/Vortex) was quickly into the top five behind Laurens Van Hoepen (KR/Iame). Pedro Hiltbrand (Tony Kart/Vortex) was 9th on the fourth lap behind Nikita Bedrin (Tony Kart/Vortex). De Haan didn’t let Travisanutto drop him and even attacked on lap 6. Taylor Barnard (KR/Iame) gained 10 positions and was in the top 10 on lap 7. Turney was then 3rd at 1″ from the leader who was increasing his lead over Travisanutto. Antonelli was back in the battle for 4th place before the halfway point. Turney attacked his team-mate Travisanutto for 2nd place on lap 11 of the 22 laps and Antonelli followed him in 3rd. De Haan still had a 6 tenths lead, but that didn’t scare Turney who took 1st place at the end of lap 14. Antonelli was 2nd and Travisanutto 3rd running together. In 5th, Hiltbrand kept the pace under pressure from Barnard. Antonelli let his guard down and Travisanutto attacked him with two laps to go and Turney escaped to a magnificent victory. Travisanutto secured the double for the Tony Kart Racing Team. De Haan held on to 4th place and Bedrin was in the top five after penalties for Hiltbrand in 9th (+9pl) and Barnard in 10th (+10pl), who moved up 75 places from Qualifying in a memorable performance. 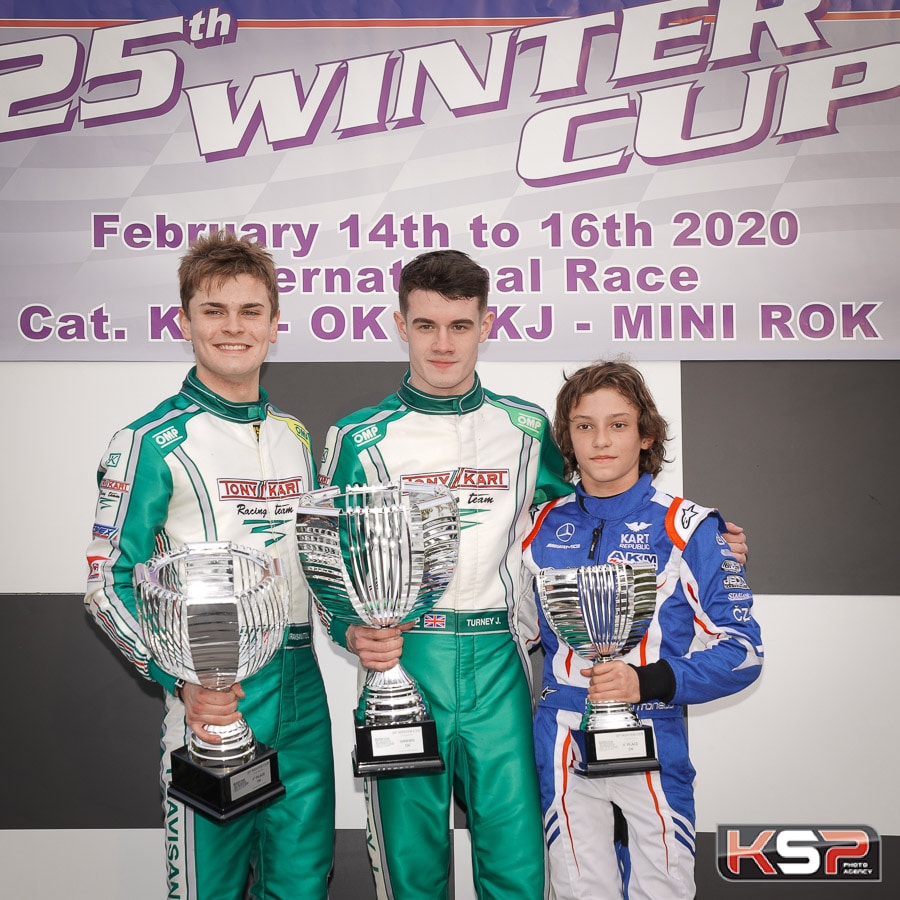