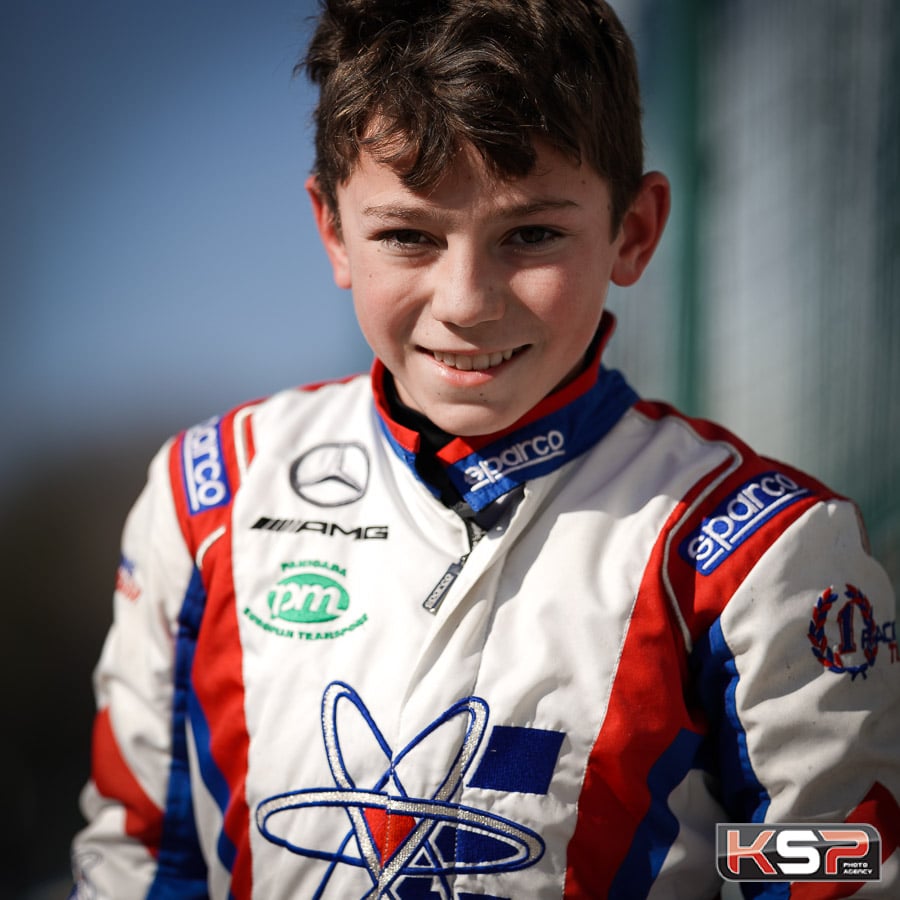 The Lonato track had practically recovered its grip for the OK-Junior Timed Qualifying for the Winter Cup which took place in the sun with a temperature of 9°.

Konstantin Krapin (Tony Kart/Vortex), Igor Cepil (KR/Iame) and Arvid Lindblad (KR/Iame) had been battling it out for a long time at the top of the first timed session. Timoteusz Kucharczyk (RK/TM) however set the fastest lap of 48”118 ahead of Krapin and Cepil. Coskun Irfan (Kosmic/Vortex) finished 4th by nearly 3 tenths and Ryota Horachi (Tony Kart/Vortex) was 5th.

Session 2 proved to be faster than the previous one as several drivers were going under 48”. With a time of 47”845, Martinus Stenshorne (KR/Iame) was 2 thousandths ahead of Emmo Fittipaldi (KR/Iame). Matteo De Palo (FA Kart/Iame) took 3rd place by 8.5 hundredths, followed by Maxwell Dodds (Exprit/TM) and Arthur Rogeon (Tony Kart/Vortex) who performed very well. Artem Severiukhin (Tony Kart/Vortex) was 6th, Brando Badoer (KR/Iame) 7th, while Elliott Vayron (Parolin/TM) was 18th.

Alex Powell (Energy/TM) finally took pole position in the third session with 47”818, and Christian Ho (KR/Iame) followed him by 3 hundredths. Karol Paskiewicz was not far behind in 3rd place, followed by Ashkay Bohra. Macéo Capietto (KR/Iame) was credited with the 5th fastest time ahead of Freddie Slater (Kosmic/Vortex), Evan Giltaire (Sodi/TM) was 7th against Ugo Ugochukwu (Kosmic/Vortex). The other Sodi driver William MacIntyre (Sodi/TM) finished 13th while one of the favourites, Alfio Spina (KR/Iame) retired after two laps and was 26th.

The three sessions were mixed to give the final OK-Junior Qualifying order.