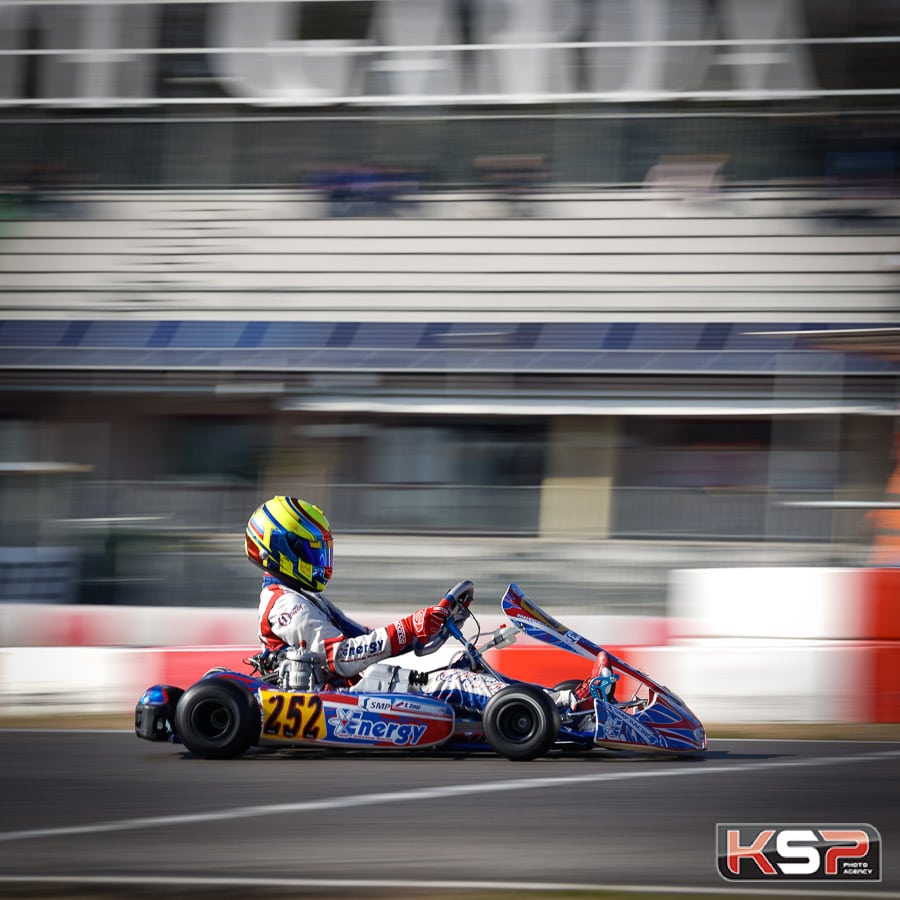 There were blue skies and bright sunshine on Friday morning for the Winter Cup OK Qualifying Practice, with a temperature of 8°. However, the Lonato track still had some areas with less grip after the morning dew and dried as the laps went on.

In the first session, Thomas Ten Brinke (Kosmic/Vortex) was overtaken and overtaken by four rivals in the middle of the battle: Lorenzo Travisanutto (Tony Kart/Vortex), Luigi Coluccio (Kosmic/Vortex), Joseph Turney (Tony Kart/Vortex) and Andrea Kimi Antonelli (KR/Iame). Turney finished in the lead with a time of 48”143, Ten Brinke was 2nd at one tenth, Travisanutto 3rd by two tenths, then Coluccio and Edoardo Villa (TB Kart/Iame) for the top five. Antonelli finished 6th followed by Matheus Morgatto (Parolin/TM).

The situation only settled down in the very last moments of the second session and we noticed a clear increase in performance compared to the first session. Robert De Haan (Energy/TM) improved again in his last run by clocking a time of 47”647, almost 5 tenths better than Turney in the first group. Luca Griggs (Tony Kart/Vortex) was 2nd by 5 hundredths, closely followed by Josep Marti Sobrepera (Tony Kart/Vortex), Matias Salonen (KR/Iame) and Ben Dörr (KR/Iame). Lola Lovinfosse (Tony Kart/Vortex) finished 13th by 0.265”.

As one could imagine, the third session was even faster. While Taylor Barnard (KR/Iame) did not take the track, Nikita Bedrin (Tony Kart/Vortex) was in the lead before handing over to Kirill Smal (Energy/TM) with a 47”352, seven hundredths ahead of James Wharton (Parolin/TM). In 4th by 0.172”, Maksim Soldatov (Energy/TM) was ahead of Laurens van Hoepen (KR/Iame) and Dilano Vant’Hoff (Exprit/TM).

The three heats were mixed to give the final ranking of the OK Qualifying.