Double engagement in karts and single-seaters with the aim of creating a path for the youngest. The partnership with Kart Republic of Dino Chiesa has been made official debut at Adria last weekend with Andrea Kimi Antonelli, protagonist in the WSK. 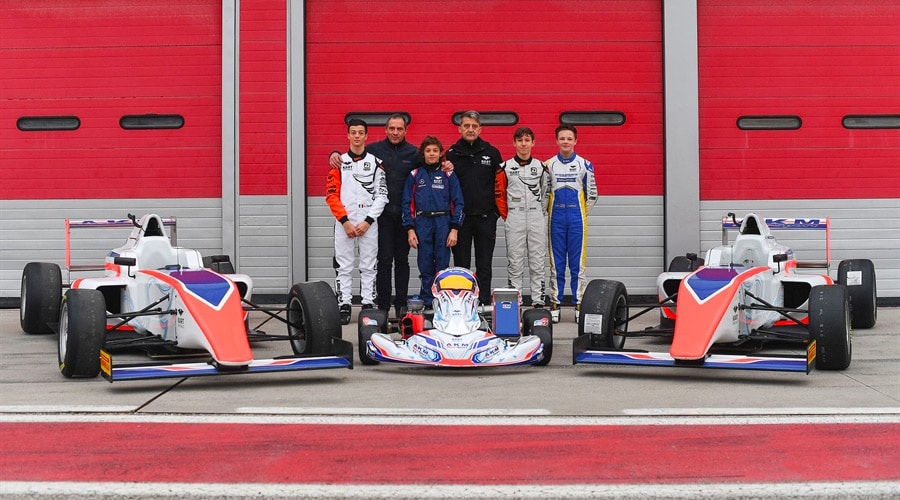 Create a route, if not a real chain, capable of bringing young drivers from karting to single-seaters or Gran Turismo categories. With this aim, the AKM Motorsport by Antonelli team was born, a new reality that will immediately face a double commitment, in karting and single-seater, starting with the Italian F4 Championship powered by Abarth.

A reality that will support that of the Antonelli Motorsport team, more specifically concentrated in GT at an international level, surrounding itself with important partners. One of these is Dino Chiesa’s Kart Republic (the one who launched the two future world champions Lewis Hamilton and Nico Rosberg about twenty years ago).

With the livery of AKM Motorsport by Antonelli, Andrea Kimi Antonelli is present in the kart, a young talent linked precisely to Kart Republic (team with which he plays in the OK category) and already under the Mercedes wing. The Emilian driver was the first to bring the colors of the new team to the track on the occasion of the first round of the WSK Super Master Series which took place in Adria in the weekend just ended, where he distinguished himself by setting the best qualifying time in his own group. So Antonelli was also very fast in the various heats, hitting a first and two second places and then being penalized in the final meeting because of the damaged front nose. Finally, a problem with the rear axle compromised the result of the pre-final and in the final (clicking behind) he finished 18th, even though he was the protagonist of a brilliant weekend.

But returning to the AKM Motorsport by Antonelli team, commented team principal Marco Antonelli: “We want to offer young people a path that can take them as high as possible from karting, and then give them the opportunity to choose the best solution to follow, thanks to a path that continues in the single-seater and GT categories. AKM Motorsport can be understood as a branch of the Antonelli Motorsport team and currently, in addition to karting, it will be present in the Italian F4, then also pointing to other series”.

With regard to the Italian F4 Championship powered by Abarth, the name of the first of the drivers at the start of the season that will start on the weekend of 16 and 17 May from Monza will be made official in a few days.