Home News Team Preparation for 2020 already in progress at RFM

Preparation for 2020 already in progress at RFM

The last two international competitions of the season were a week apart, both taking place in Italy and both started with rain. Ricky Flynn Motorsport took advantage of both events to continue setting up the team for the 2020 season on the heels of its 2019 success.

The second round of the WSK Open Cup at Castelletto and the WSK Final Cup at Adria did not benefit from good weather conditions due to heavy rain and often limited grip. Despite these inconveniences, the drivers were able to expand their skill set while preparing for next year. Two RFM Junior drivers made their debut in the top category. 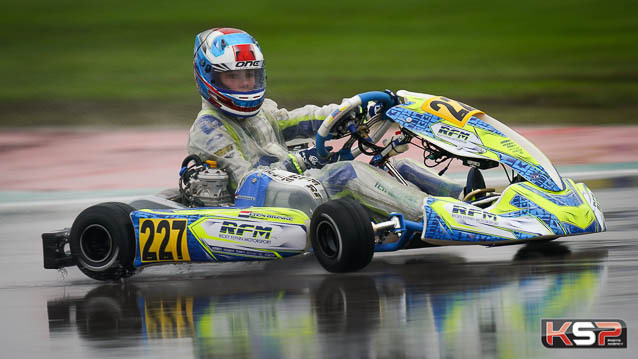 Thomas Ten Brinke, the 2019 Junior World Champion, quickly found his mark in OK. He set the 3rd fastest time in Qualifying at Castelletto before finishing in 7th place in the Final, which put him in the top 10 of the WSK Open Cup. Starting from a distant 26th at Adria, he regained ground in the final stages with a 5th place finish in the Prefinal and a 4th in the Final.

Laurens Van Hoepen performed well in both WSK Open Cup round heats, but then had problems in the final stages. He made up for it at Adria by gaining 12 places on the almost dry track of the Final and returned to the top 10. A Portuguese driver trained in Rotax, Guilherme De Oliveira tried out the OK category with RFM at Adria. Although 43rd at the end of the heats, he managed to qualify after a good Prefinal, but had to retire halfway through the Final. 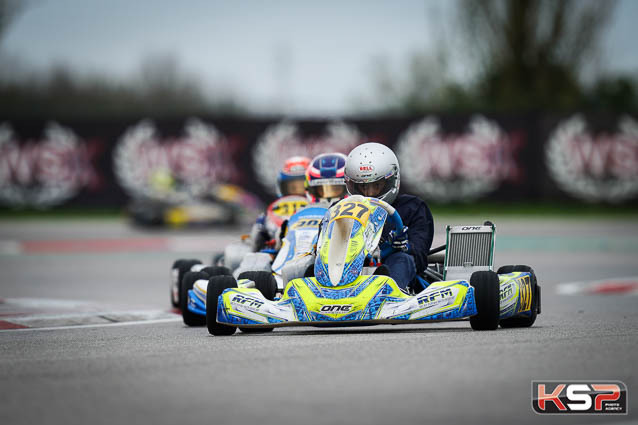 Unsatisfied with his results at Lonato, Ugo Ugochukwu raised his game at Castelletto. After strong heats, he won his Prefinal and finished 4th in the Final, which allowed him to gain 10 places to 4th place in the WSK Open Cup. He confirmed his form the following week at Adria, also moving up to 4th in the Final.

Starting from a distance in the Castelletto Qualifying, Conrad Laursen first came back to 21st in the heats before gaining another eight places in the Final. The young Dane made a solid run in the rain at Adria, but the Final on a dry track was less successful and he had to settle for 20th place. 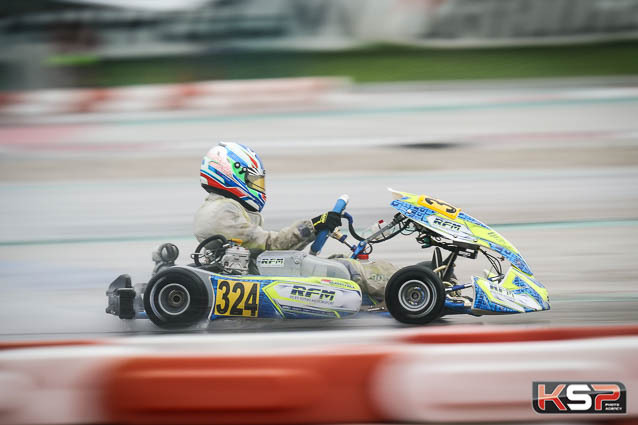 Coming from Singapore, Dion Gowda moved up from Mini to the OK-Junior category in the RFM colours, but could not repeat his successful qualification for the Final at Lonato. Also present in the British team were Rintaro Sato (JPN) and Sonny Smith (GBR) at Castelletto and Emerson Fittipaldi at Adria.

Ricky Flynn’s team is now gearing up for next season’s active preparation with a new line-up and a lot of practice ahead of the first competition of 2020, the WSK Champions Cup, at the end of January at Adria.