The drivers supported by the Winfield Racing School played a major role in the two events of the French F4 Championship in Budapest (6th-8th September) and Magny-Cours (13th-15th September). They took podiums in both cases, while the top three in the general classification is gradually emerging in this top level international competition. Jules Mettetal and Nicky Hays are already looking forward to confirming the competitiveness shown this season at the last event at the Paul Ricard circuit in October 2019. For his part, Isack Hadjar will fight for the French F4 Junior Championship and will try to consolidate his place in the top five overall. 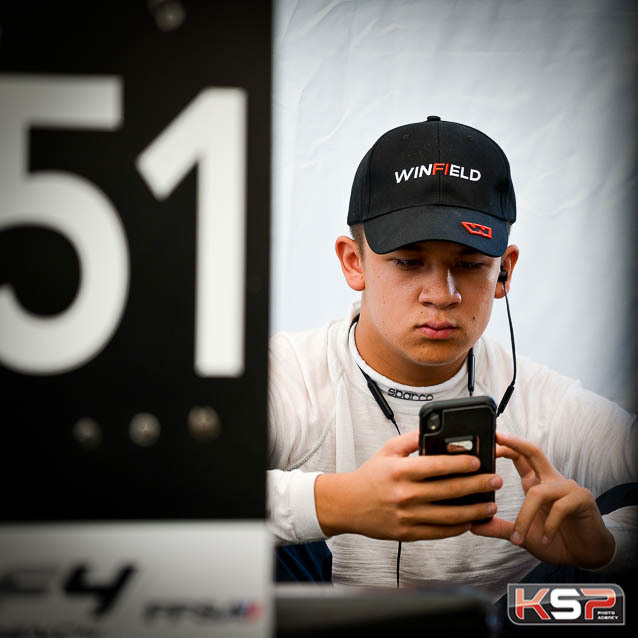 Hays back in Budapest

Changing weather was waiting for the drivers on the Hungaroring for Race 1, while Qualifying had enjoyed a beautiful sunny day. Starting 3rd, but very quickly on the tail of the leader Hadrien David, Nicky Hays seemed determined to try his luck when the rain began to fall quite heavily, with the cars on slick tyres. The Race Director then issued the red flag at the end of lap 5, confirming the order on the previous lap and halving the number of points scored. “It’s always good to be on the second step of the podium,” admitted the young American, “but it’s frustrating to not have been able to fight for the win to the end.”

In Race 2, starting with an inverted grid for the top 10, the fighting spirit of the Winfield-coloured drivers was unquestionably confirmed. They also achieved the two best laps in the race on a track that was still wet in places, with Nicky Hays on 1’52″967 and Jules Mettetal on 1’53″051. Jules scored points in 5th place, while Nicky gained a position and finished 8th. Unlucky in Hungary on Saturday, Isack Hadjar finally demonstrated his real potential in Race 3. The winner of the Winfield Trophy drove a strong attacking race which ended in a 5th place in front of Nicky Hays. 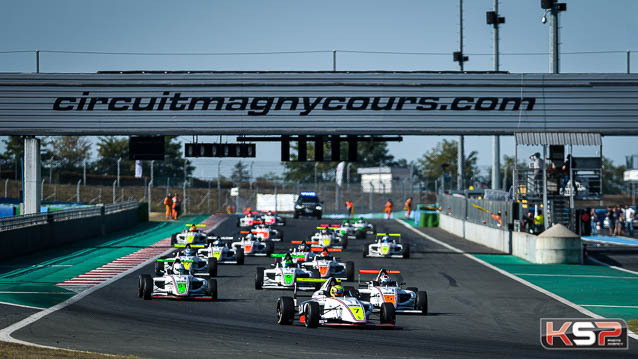 The following week, the Free Practice session began with three Winfield cars in the top five! This promising result was confirmed during the official Qualifying. Close to the pace, Jules Mettetal reached 3rd position on the grid for Race 1, three thousandths in front of Nicky Hays. The two drivers regretted dropping back respectively to 5th and 7th for the start of Race 3, decided by their 2nd fastest times . “I had already noticed this too big gap between my two fastest laps in Hungary, and it’s something I need to improve in the future,” said Nicky.

The three races of the weekend in Burgundy would however allow the incisive American to register significant points in the Championship with successive 3rd, 5th and 4th places. He also took the lap record in the last race, while regretting the safety car period. “With the Winfield staff, we made the decision to mount the two new tyres that the FFSA Academy has made available to us once in the season. Unfortunately, this interruption slowed down the dynamics of this strategy. Too bad, because the pace that I was able to hold shows that another podium was within my reach, even a win!”

As for Jules Mettetal, he confessed to a small mistake with serious consequences in Race 1. “I was on the verge of getting on the podium. It’s very frustrating, especially as it would have made me better placed in Race 2.” The 2019 Winfield Volant winner regained confidence in Race 3, finishing 6th in the wake of Isack Hadjar. 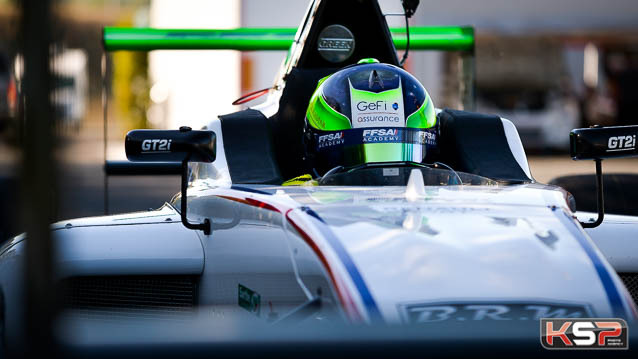 Hadjar, who is about to celebrate his 15th birthday, missed out on success in Race 2 while leading the Junior rankings and was fighting to get on the podium with a very high level of performance. After an accident that wasn’t his fault, he was forced to retire. His victory in Junior in the final race allows him to keep his hopes for the title in this category alive.

“The French F4 Championship ends in mid-October at Paul Ricard. I hope that the drivers we support finish in style at this event, which is a home race for us, close to our offices and our international racing school. We hope to see Jules on the podium. Nicky is in a solid 3rd place overall and we are counting on him to confirm this excellent ranking. As for Isack, he has shown high potential throughout the season and to see him crowned in Junior would be a great reward,” concluded Frédéric Garcia, President of the Winfield Group.