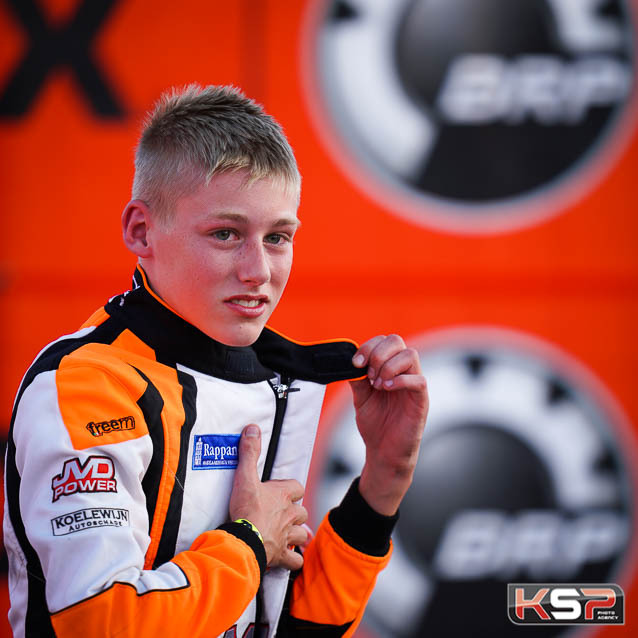 The 84 Junior drivers in the Rotax Max Challenge International Trophy took part in their Timed Qualifying on Wednesday, 21st August from 18:50, just after the Seniors. The weather was still hot in the sunshine of Le Mans.

Samuel Gornall (GBR – Tony Kart) stood out in the first group by regularly improving his performances. Lucas Schoenmakers (NLD – Exprit), however, put more and more pressure on him and took 1st position, followed by Joran Leneutre (FRA – Redspeed), as the deadline approached. But it was the penultimate lap that set the hierarchy, while Sacha Clavadetscher (CHE – Tony Kart) snatched the fastest time – 54”470 – on the very last lap. Theo Antonio Kekati (ARE – Tony Kart) followed by only 3 thousandths, Miska Kaskinen (FIN – Exprit) finished 3rd by 2 hundredths, then Schoenmakers was 4th ahead of Balazs Valint (HUN – Exprit) and Leneutre.

The battle was tough in the last session with increasingly impressive performances. Mike Van Vugt (NLD – Exprit) achieved a lap of 53”708 synonymous with pole position, but did not stop there. He concluded with an extraordinary time of 53”452 which dropped his direct pursuer Ryan Shehan (USA – OTK) by 0.352”. Dani Van Dijk (NLD – Exprit) finished 3rd ahead of Téo Blin (FRA – Tony Kart) and Filip Jenic (SRB – Kosmic). Esteban Masson (FRA – Kosmic) was 6th, Enzo Caldaras (FRA – Kosmic) 7th and Noam Abramczyk (FRA – Exprit) 8th. The top 11 in this group set the 11 fastest times in the category.

The difference between the first and the last series reaching 101.9%, the general classification alternated the places of the different groups.