Home News VOLANT WINFIELD - 58 application requests, 18 selected, only one will become part of the Winfield legend! Winfield F4s on form at Spa Francorchamps

The drivers supported by the Winfield Racing School moved to the forefront on the circuit of Spa-Francorchamps, which hosted the third round of the FFSA Academy French F4 Championship on 21st-23rd June. From Friday, Nicky Hays climbed to the top of the hierarchy by achieving the best time of Free Practice with an excellent 2’33″492 to cover the seven kilometres of the Belgian track. A time that was not beaten until Sunday evening! Respectively winners of the Winfield Trophy and Volant in February, Isack Hadjar and Jules Mettetal finished in promising 4th and 5th places. 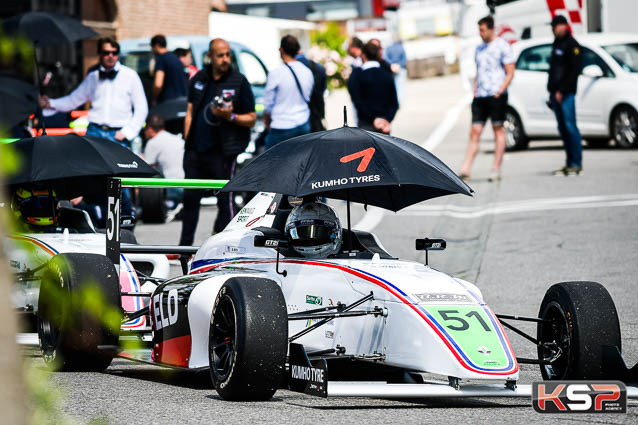 “Spa is one of the circuits that clearly showcases the talent of the drivers. After the frustration of the Pau Grand Prix, it was a great satisfaction to see the young drivers we support back among the best,” commented Frédéric Garcia, President of the Winfield Group. The Qualifying session confirmed the morning trend. Nicky Hays was 2nd, just one tenth from Hadrien David, a finalist of the 2019 Winfield Volant, just like the American. Jules and Isack qualified in 5th and 6th places for Race 1, and also in 3rd and 4th for Race 3 with their second fastest time.

On Saturday, Race 1 would unfortunately end on lap 6 for Nicky Hays, following a collision with Hadrien David with whom he was fighting for victory. Back in the wake of the leaders when he was only 6th at the first corner, Isack Hadjar passed Stuart White on the last lap and won with the lap record as a bonus! 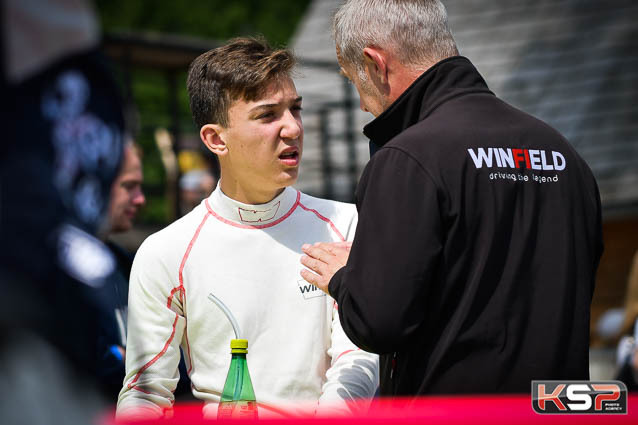 Although the starting grid of Race 2, established according to a reverse grid for the top 10, was not going to be favourable to the Winfield-liveried cars, Race 3 was marked by a constant duel between Jules Mettetal and Nicky Hays for the third step of the podium. Both drivers finished with a gap of only two tenths, to the advantage of Nicky. As in Race 2, Nicky Hays again achieved the fastest lap. A little further back, Isack crossed the finish line in 7th place for a new F4 Junior victory, consolidating his leading position in this category. 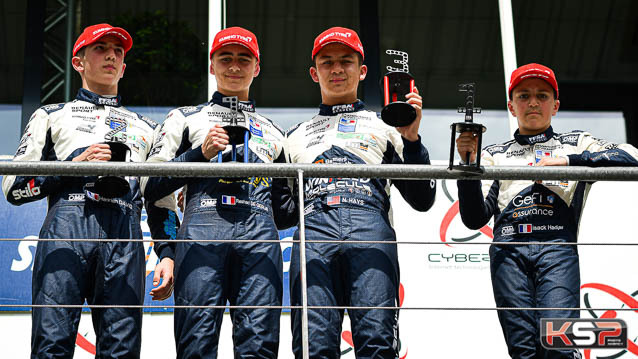 “Of course, we would have liked to see Nicky’s first victory in Race 1, but this Spa-Francorchamps meeting was positive overall,” said Frédéric Garcia. “In addition to the performances and cumulative results throughout the weekend, Jules Mettetal, Isack Hadjar and Nicky Hays showed a lot of fighting spirit and commitment. We have seen a lot of overtaking on this difficult circuit. It is no coincidence that they were the most prominent during the testing and detection of the Winfield Volant. I would like to congratulate Isack on his first victory in F4 when he is only 14 years old. I am optimistic about their ability to perform even better in July at Lédenon.“