Home News Auto Volant Winfield: back for the second edition

Volant Winfield: back for the second edition 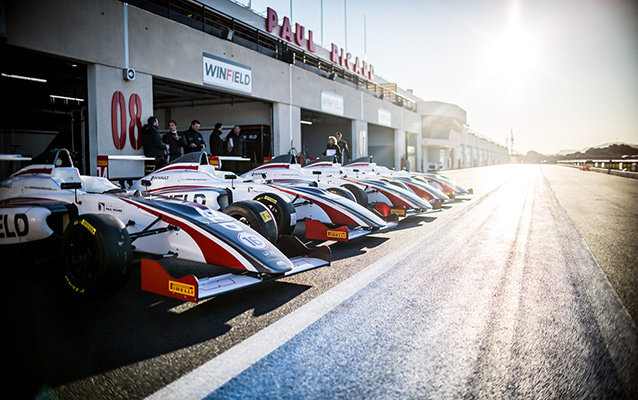 Caio Collet took victory at the Volant’s successful relaunch in 2018, and after the Brazilian was crowned French F4 champion, Winfield is looking for a new talent to represent in next year’s championship, with a second consecutive title the goal.

After three days of evaluation, the 25th Volant Winfield at Circuit Paul Ricard will receive a full season in the 2019 French FIA F4 Championship.

In addition to Collet’s title-winning campaign, eight Winfield Racing School participants occupied the top 10 in French F4, with several victories and podiums between them. The Junior Championship went to Théo Pourchaire, winner of the Trophée Winfield, which is given to the best “junior” driver.

“We think that the training undertaken by these young racers at the beginning of the year at the Volant Winfield has been really beneficial,” said Anne-Charlotte Remy, General Manager of Winfield Racing School. “We provide them with an environment that helps improve their skills, and throughout the three days we also develop their maturity. We teach them the discipline of a professional racing driver and the necessary requirements for obtaining the best possible results.”

For the 2019 Volant Winfield, the programme is open to young drivers aged 15-17 years old, who do not have a full single-seater season’s experience (check eligibility conditions). A maximum of 18 participants are welcomed over these three days of training and evaluation.

Following the numerous tests, the winner will be rewarded with a full season in the upcoming French F4 campaign, which is organised by the French Motorsport Federation (FFSA) and its training programme, the FFSA Academy. Winfield will also supervise the selected driver throughout the 2019 season, to help them achieve a successful campaign. The main objective is to train and oversee talented and hard

working young drivers, giving them a platform to transition between karting and single- seaters.