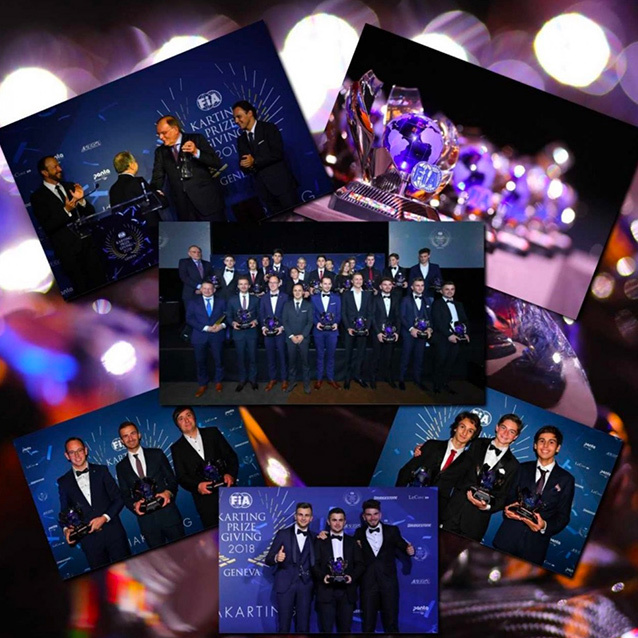 Jean Todt opened the evening with a speech highlighting the important role of Karting as the base for the single-seater pyramid, as well as its role in the FIA campaign dedicated to road safety. He then spoke of the impressive electric karting experience at the Youth Olympic Games in Buenos Aires (ARG) last October.

The three FIA Karting World Champions of 2018 received their trophies to the applause of the guests: Lorenzo Travisanutto (ITA) in OK, Victor Bernier (FRA) in OK-Junior and Patrik Hajek (CZE) in KZ. All three are invited to the FIA awards ceremony on 7th December in Saint Petersburg in Russia.

Outgoing CIK-FIA Vice-President Kees van de Grint received the trophy “In honour of his long and exceptional contribution to Karting” in recognition of his eight year term.

The guests then voted on the 2018 photographic competition. French photographer Philippe Kalmès of the KSP Reportages agency won the 12th FIA Karting “Best Picture of the Year” trophy.