The young athlete from the Sultanate of Oman, Shihab Al Habsi, entered the third round of the French F4 Championship with much motivation and the desire to continue his progress with speed and efficiency. Having not had the opportunity to do private testing at Spa Francorchamps like the majority of his rivals, Shihab had to be satisfied with only the session of Free Practice on Friday to learn the circuit drowned under the torrential rain! With such weather, it was a real challenge to master the route of Spa, including the famous Eau Rouge, which F1 will take in turn at the end of August 2018 at the Belgian Grand Prix. 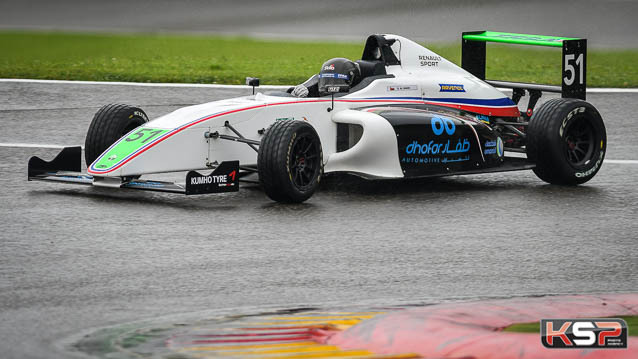 “The three races of the meeting were held in the dry, while I drove only on a completely wet track in the test. Despite everything, my coach Stéphane Daoudi went out of his way to give me all possible benchmarks, because I could not do any running on slicks beforehand,” said Shihab.

In Race 1, the Omani driver made a superb start. He was on the pace and even faster than many of his rivals. In the end, he managed to gain three places to finish in 12th place, the third best performance of the Juniors. He did not find the same opportunity in Race 2, which was too quickly cut short by a safety car period that forced him to settle for 13th place.

In Race 3, Shihab Al Habsi made a spectacular start to the race and was 2nd in Juniors after some very nice overtaking. Alas, a race incident made him lose contact with the pack. “The end result did not meet my expectations, but I feel that I am not missing much to be able to move much higher up in the hierarchy,” he concluded. 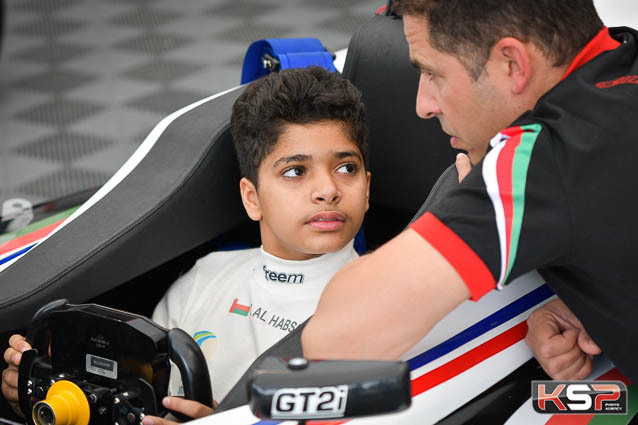 “Shihab is the youngest driver on the grid and he is amazing. We arrived at Spa with only experience, work on videos and landmarks that I gave him,” said Stéphane Daoudi. “He did not know the circuit and I can tell you that learning Spa in the rain when you have so little experience, is really not easy. He fights with a lot of commitment and as soon as he has the necessary support to take part in testing like the others, I’m sure he will surprise many observers. Because the work and the motivation are there, and he is very talented.”

The next round is at Dijon on 14th-15th July for the continuation of the 2018 French F4 Championship.