After the success of the first CIK-FIA Endurance Championship in 2016, the 32nd Le Mans 24 Hours Karting hosted the 2nd edition from 28th September to 1st October 2017 at the French Le Mans International Karting circuit. Commitment from three factory teams testified to the growing interest in this Competition. The OK engines confirmed their level of performance and reliability while the official presence of two of the largest Italian manufacturers, IAME and TM Racing, was noted.

Organised by the Automobile Club l’Ouest (ACO), the 2017 24 Hours Karting offered a field of 33 Teams, a third of which were GP1 with OK engines. Kees Van De Grint, Vice President of the CIK-FIA, gave the start under the sun on Saturday at 15:00 sharp. Rain appeared in the middle of the night and the Competition required the use of rain tyres until the finish. The tyres supplied by the Italian manufacturer LeCont fulfilled their mission perfectly, both in the dry and in the rain. 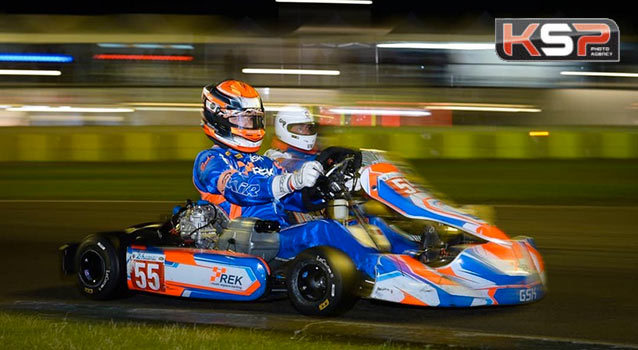 Rouen GSK 1 wins at the finish

The race had several leaders and the expected clash between the factory teams took place. CRG Spa (CRG / Parilla / LeCont) was in pole position in Qualifying Practice. Sodikart (Sodi / TM Racing / LeCont) were already pushing their rival. The two factory teams competed for the lead during the first five hours of the race. CMCR Charente MMA (Tony Kart / Vortex / LeCont) led briefly before Rouen GSK 1 (Sodi / Vortex / LeCont) finally took control from the 7th hour. The inevitable technical hazards and incidents of Race punctuated the progression of the Teams during the night. The final duel started early in the morning between Rouen GSK 1 and CRG Spa. For more than eight hours, the gap varied from two laps to a few seconds depending on events, but CRG were unable to dislodge their rival from 1st place.

Crowned 2017 CIK-FIA Endurance Champion, Nicolas Scelles’ Rouen GSK1 Team achieved victory as a private team in front of two factory teams. The tuner Cédric Sport produced success with a Vortex engine which was able to run for nine hours in a row without a single breakage. An IAME engine finished 2nd and a TM Racing 3rd.