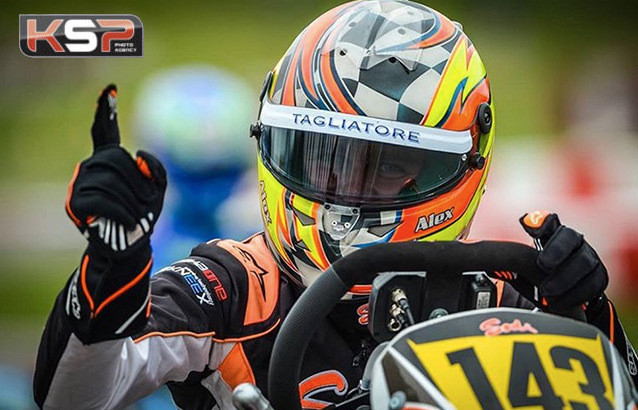 Alongside the CIK-FIA World KZ Championship, the CIK-FIA International Super Cup for KZ2, which took place from 6th to 10th September on the German circuit in Wackersdorf, had a broad base of 113 participants from more than 25 nations and four continents. The battle was tough to decide the list of 34 finalists, especially as a brief shower made the track slippery on Saturday afternoon and Sunday morning.

In a lavish Final, Alex Irlando of Italy triumphed from Sweden’s Benjamin Persson at the very last corner.

Irlando wins at the finish

Unleashed, Irlando took 2nd place from the fifth of the 26 laps of the Final. At this point, Persson remained a solid leader with 1.7” ahead. But the gap, however significant, decreased over the laps, with Irlando and Longhi back together and very consistent. Persson tried to resist several attacks and started the last lap in a strong position. Irlando, however, took advantage of a small mistake by his rival who was overly defending his place to succeed in a bold overtake on the inside at the last corner. He won by 49 thousandths of a second on the line to win the CIK-FIA International Super Cup for KZ2 ahead of Persson, who was very disappointed, and Longhi. Francesco Celenta (Praga / TM Racing / B’stone) and Zanchetta completed the top five.