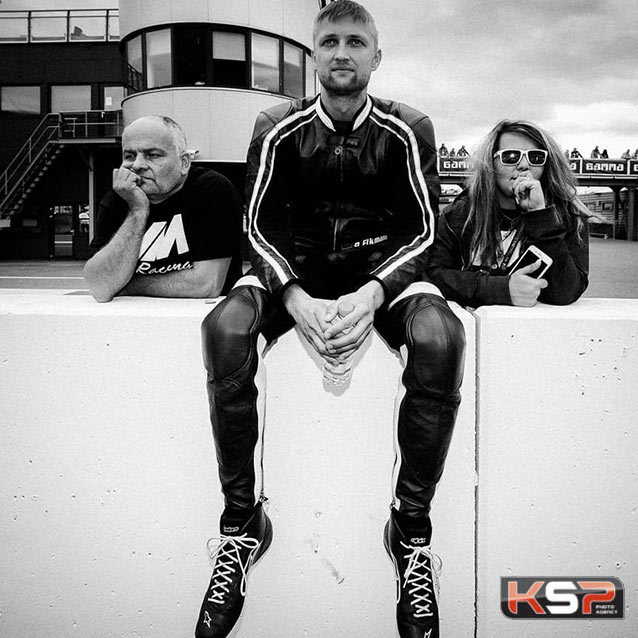 This is indeed the second European crown for the German Peter Elkmann. Already the Champion in 2008, he had left karting before returning to the forefront of the discipline. A factory Driver for the VM engine brand, this year he switched to an Anderson chassis. He won the 2017 CIK-FIA European Superkart Champion after an undeniable domination and four victories out of five races.

Peter, how did you celebrate your triumph in 2017, nine years after your first title?

– I was delighted with my first title and I am just as pleased now. It may seem a long time between these two crowns, but it was as if I had restarted in Superkart when I returned in 2014. I’m proud to have won at two different times.

Your journey has seemed easy this year. Was that really the case?

– I have indeed experienced a fantastic season. I have accumulated victories, but my retirement in Race 1 at Donington, as a detail, proves that one is never safe from problems. That’s why you should never relax your attention and need to accentuate your advantage at any opportunity. However, as a competitor, I would have preferred that my opponents had not encounter mechanical problems so I am able to challenge them to the end on the track.

How do you explain your domination?

– It’s basically the result of extended work. During these last four seasons, I accumulated all of the lessons from my work, and refined the preparation of the equipment in order to progress tenth by tenth. I thank my faithful mechanic Jan Jehlik with whom I would like to share this great reward. My engine tuner Vladimir Vachova also contributed to this first European win for VM engines. And I do not regret trusting Russell Anderson regarding the chassis.