2017 CIK-FIA Best-Of: Köhler: the European surprise of the KZ2 year 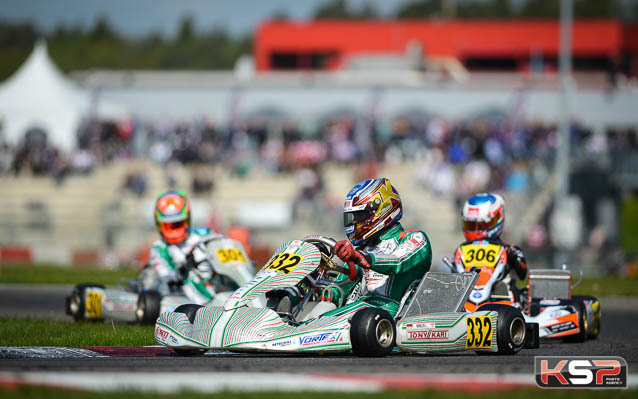 Three Competitions were on the programme of the CIK-FIA European KZ2 Championship which gave pride of place to the amateurs and enabled them to be noticed against some famous Drivers. The technical and meteorological hazards of the season allowed Leon Köhler, a young German Driver unknown at this level until then, to take the crown of European Champion.

Ippolito imposes himself on the first step at Le Mans (FRA)

Holder of the Pole Position, Tom Leuillet (Sodi / TM / B’stone) also dominated the Qualifying Heats in Sweden. But the weather was getting worse and the Drivers started the Final on slick tyres on a wet track. Adrien Renaudin (Sodi / TM Racing / B’stone) was in 1st place on the first lap and won the race convincingly despite a penalty of 10” for an incorrectly positioned front fairing. He had caught up and lapped 16 Drivers including Vigano and Irlando. Gaetano Gomes E.S. Di Mauro (CRG / TM Racing / B’stone) and Van Leeuwen completed the podium while Köhler won the title after finishing 14th.

Leon Köhler (47 pts) was crowned European Champion ahead of the Italians Paolo Ippolito (42 pts) and Alessandro Irlando (42 pts). Matteo Vigano (41 pts) and Tom Leuillet (39 pts) were in the top five.