For the first time this year, the CIK-FIA European KZ Championship was contested over four Competitions at very different circuits: Sarno (ITA), Genk (BEL), Oviedo (ESP) and Kristianstad (SWE). Between the real specialists in the discipline, performances were very close and the rivalry was intense between the factory teams. The third major element, the engines, played an important role in this confrontation, in particular Vortex and TM Racing who powered a good proportion of the select field. 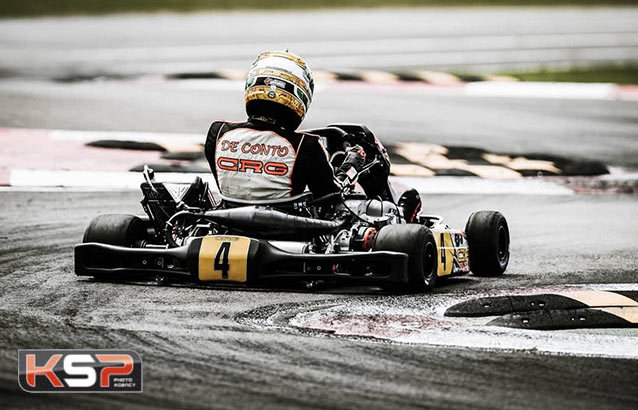 The association of Paolo De Conto’s talent with CRG factory chassis and TM Racing engines proved formidable at most tracks. The mistakes from some of his rivals allowed the 2016 World Champion to logically win the CIK-FIA European KZ Championship even before the last Competition because he had already won three out of four victories.

Even stronger on the complex Fernando Alonso circuit in Oviedo (ESP), De Conto flew to the title with his third win in a row. He was this time he was ahead of Lammers and Kremers, survivors of a particularly difficult Competition.

At the conclusion of the season in Kristianstad (SWE), De Conto did not take any chances, but still reached the podium of a very wet Final won by Patrik Hajek (Kosmic / Vortex / B’stone) in front of Lammers. De Conto relished his CIK-FIA European KZ Championship title with 100 points, Hajek took 2nd with 80 points and Kremers 3rd with 74 points.