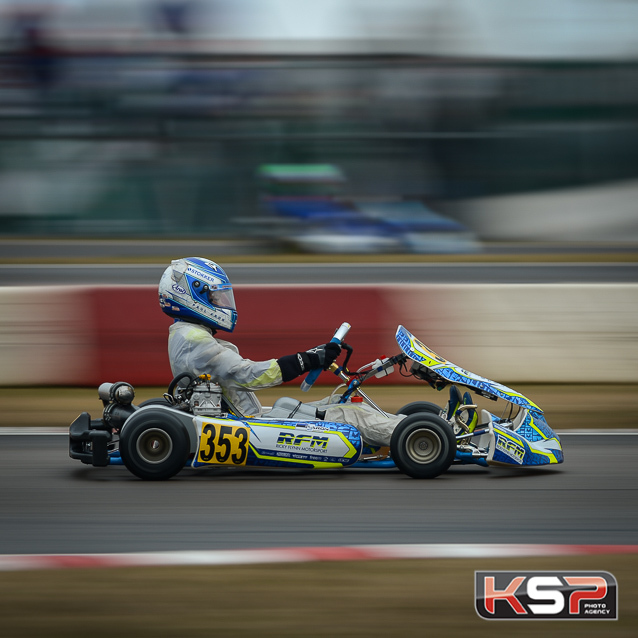 Gabriele Bortoleto (CRG / TM) fell back at the start of the Winter Cup OK-Junior Final led by Lucas Grigg (Exprit / Vortex) ahead of Francesco Pizzi (Birel ART / TM) and Gabriele Mini (Parolin / Parilla). Paul Aron (FA Kart / Vortex) was 4th in front of Sami Meguetounif (Formula K / TM). Zak O’Sullivan (FA Kart / Vortex) gave up after an off, Aron was 2nd on lap 2 1.2″ behind Griggs, and Mini took 3rd place ahead of Pizzi.

Coming back to 4 tenths from the leader, Aron had a good card to play at the halfway point. Nearly 3” further back, Mini wasn’t able to think about imposing himself on the consistent driver. He lost contact soon after and gave up. Meguetounif recovered 3rd position, followed by Pizzi and Georgi Dimitrov (Exprit / Vortex). Aron did not relax and took control two laps from the finish but Griggs did not intend to settle for 2nd place, but a penalty set him third and Aron won the Final. Meguetounif took a good 2nd by a few lengths, Dimitrov finished 4th and Pizzi 5th. After a return to 13th, Marcus Amand (KR / Parilla) did not make the finish, while Hadrien David (Kosmic / Vortex) progressed to the 15th position. 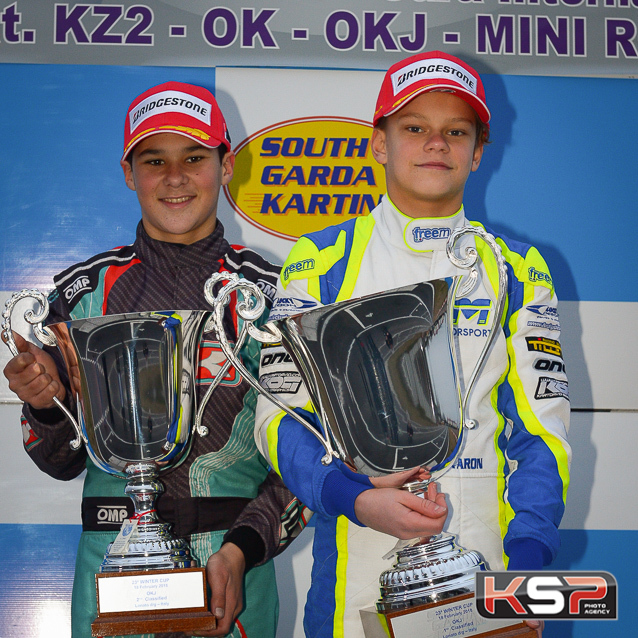