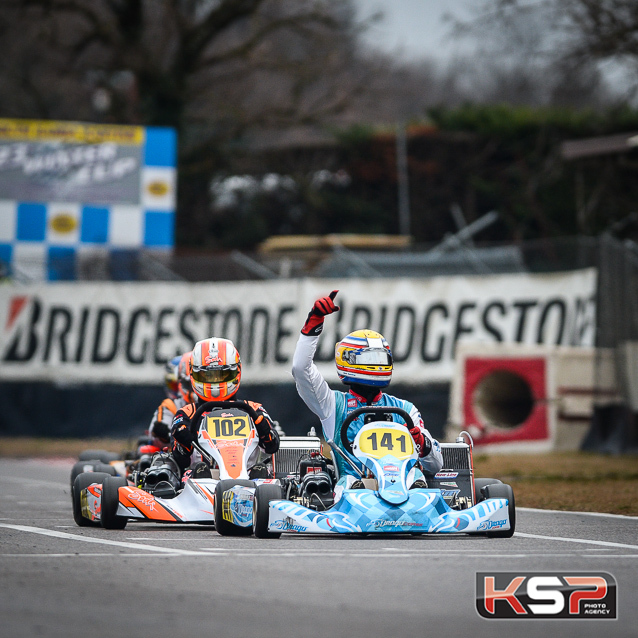 Abbasse did not let up the pressure on Hanley, but the Brit did better than resist while De Conto was back in the top 10. Federer came to join the fight for victory with the leading duo, Celenta was not far off either. Hanley took the opportunity to gain some lengths from his French rival. Meanwhile, Renaudin returned to the top five by overtaking Jorrit Pex and Iglesias had taken the lead over De Conto in 7th place. Abbasse threw all his strength into the battle for the finish. However the positions did not change any more and Hanley won by 82 thousandths against of Abbasse, with Federer 3rd, Celenta 4th and Renaudin a formidable 5th. Starting 17th, Iglesias reached 6th place ahead of Alexander Schmitz (Tony Kart / Vortex) and De Conto. Pierre Loubère (Praga / TM) was close to the top 10 ahead of Simo Puhakka (Tony Kart / Vortex). 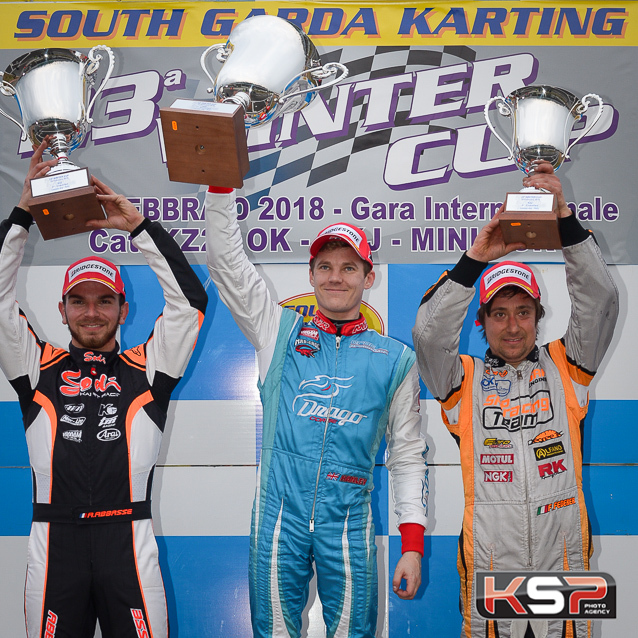 Information written live from the circuit not prejudging any subsequent penalties.