Travisanutto flies in the OK heats of the Winter Cup 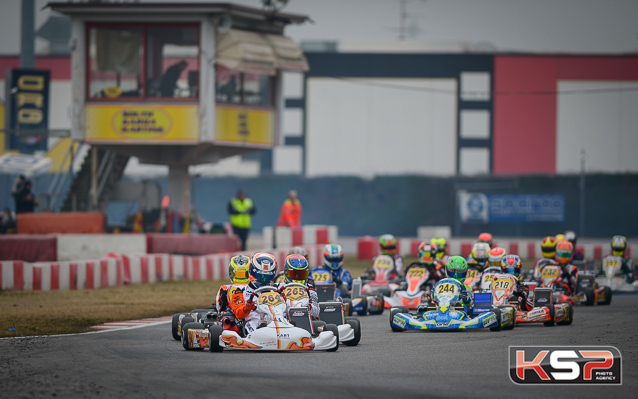 Two Kart Republic drivers distinguished themselves during the OK Qualifying Heats of the 23rd Winter Cup. Do was the factory driver Lorenzo Travisanutto (KR / Parilla) who was a solid 1st after his pole position in Qualifying by winning all three races, while Hannes Janker (KR / Parilla) of the TB Kart team conceded a 2nd place after two wins. Nicklas Nielsen (Tony Kart / Vortex), however, did not fall behind in 3rd position after winning a heat. Roman Stanek (Kosmic / Vortex) kept his 4th position. Pedro Hiltbrand (CRG / TM) came back to 5th, while Jorge Pescador (Praga / TM) climbed from 16th to 6th ahead of Mattia Michelotto (KR / Parilla). Ugo Gazil (KR / Parilla) had a solid run that took him from 19th to 15th. In 20th, Tom Joyner (Sodi / TM) finished strongly after a difficult first heat, and Vincent Fraïsse (Sodi / TM) paid dearly for his last heat, finishing 36th.

The top 68 will compete in two Super Heats on Sunday morning to select the remaining 34 finalists.