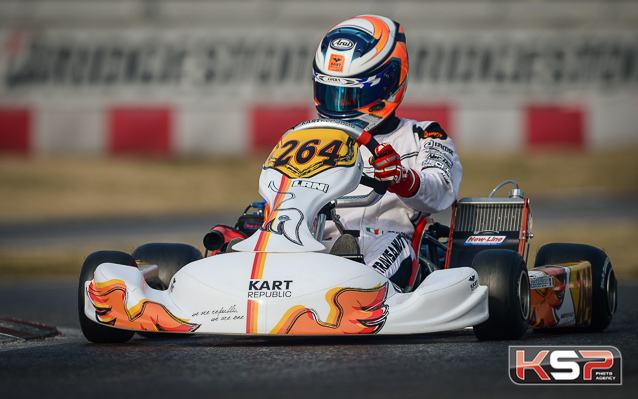 There was dry but cool weather for Qualifying for the 23rd Winter Cup at the South Garda Karting circuit at Lonato this Friday, 16th February, 2018.