Crowned CIK-FIA European Champion after five hard-fought Competitions, Sami Taoufik was also recognized as the “Rookie of the Year” as the best performer of the year in OK among the newcomers of this category. A brilliant driver with no lack of panache, the young Moroccan aged 15 also gave his country an unprecedented reputation at the highest level of Karting as it accentuates the development of motor sport in its territory. 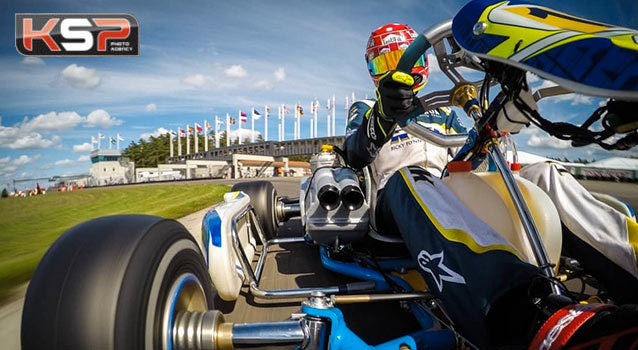 Sami, what happened during your early years in Karting?

– I discovered karting very early, at a friend’s birthday, and my father gave me a kart for Christmas. I was 5. I started to participate in races in Spain. Success came quickly. I won four Spanish Championship titles before moving on to International Junior. Soon after I started in KF-Junior, I reached 4th place in the World Championship.

Can you tell us more about your season in the European Championship?

– The beginning of my first season in OK was not easy next to some very experienced Drivers. It took hard work with the team to combine speed and consistency, which often leads to success. The European Championship was difficult this year. All favourites have had problems in all five Competitions. For me, it was in Spain, on the Fernando Alonso circuit, when I had to retire in the Final. However, I was very consistent throughout the season and my victory in Finland was decisive.

What role did your team play in your success?

– Racing at Ricky Flynn Motorsport for three years now has been important to me. It is a very competent team and we have established a relationship of mutual trust that overcomes many difficulties. Technique is one thing, but you must never forget the human side. RFM is very strong on this as well.

What does the future of your career look like?

-After two seasons in Junior and one in OK, I think it’s time for me to take the leap and move towards motorsport. Next year will be dedicated to my debut in single-seaters, probably in British F4.