Organised over five Competitions, in Italy, Spain, France, Finland and Sweden, the 2017 CIK-FIA European Championship saw its entry increased by lowering the minimum age of its participants by one year. Since January 2017, drivers aged 14 years during the year could race in the leading category, the famous OK. 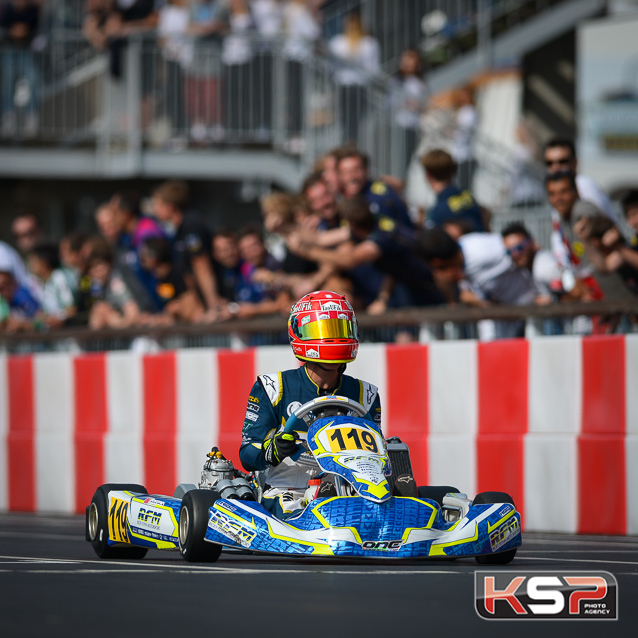 The young people often gave their elders a hard time on track, as titled and experienced as they are. It was a Rookie who became CIK-FIA European Champion, Moroccan Sami Taoufik, ahead of another youngster, Russian Pavel Bulantsev. The more seasoned Italian Lorenzo Travisanutto finished in 3rd place. Enlivened by many twists, the Championship took a long time to reveal its most serious protagonists, as shown by the five different winners during the season.

The situation was completely different at the Fernando Alonso circuit. The grip was reduced by a little rain, which upset the early leaders in the Final. Pedro Hilbrand Aguilar (Tony Kart / Vortex / LeCont) justified his status as reigning Champion by remaining at the front while numberous contenders made mistakes. He won with a lot of skill against another experienced Driver, Thomas Joyner (Zanardi / Parilla / LeCont) while Vidales secured another podium and took the lead in the provisional standings.

The poleman Paavo Tonteri (Tony Kart / Vortex / LeCont) was expected to go well on his native soil, or Hiltbrand, leader of the heats, but it was Taoufik who shone in Finland. With a daring start, the Moroccan took 1st position in the Final and withstood both Tonteri and Pavel Bulantsev of Russia (Tony Kart / Vortex / LeCont) to give his country a historic victory and also to take the lead of the Championship.

Kenneally wins and Taoufik is crowned at Kristianstad (SWE)

Leader of the Qualifying Heats, Kenneally was not disturbed by the limited grip of the rain tyres on the drying track of the Final. He won his first race despite the threatening return of Basz in 2nd position, with Travisanutto completing the podium. Taoufik managed to secure 5th place and the title of European Champion with 80 points against 67 for Bulantsev and 66 for Travisanutto. Basz (63 pts) was 4th and Kenneally (60 pts) 5th.