Selected for the second time by the RACB to defend the colours of Belgium in the CIK-FIA Karting Academy Trophy, Xavier Handsaeme has accomplished his task perfectly in winning the 2017 edition. 3rd at Genk (BEL), winner at Le Mans (FRA) and 2nd at Alahärmä (FIN), the 14 year old Driver proved the extent of his talent on all terrain. Both combative and thoughtful, Xavier undeniably possesses the qualities he needs to become a great Driver. After Maxime Potty’s victory in 2013, this is the second time that a Belgian has won the CIK-FIA Karting Academy Trophy. 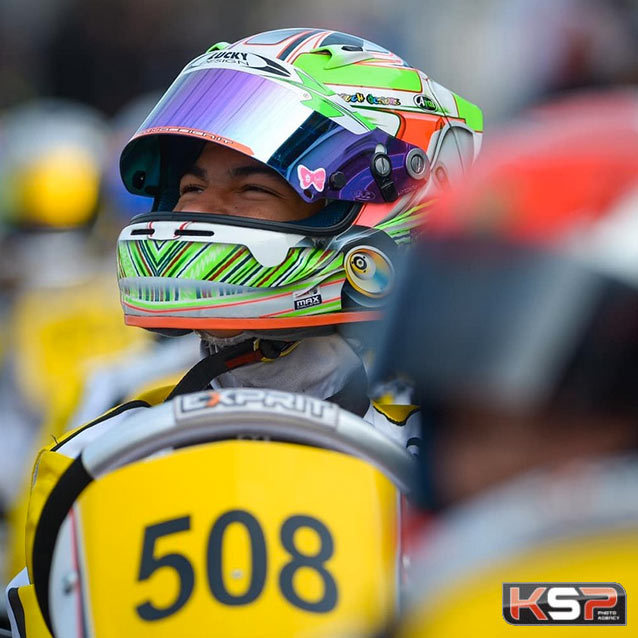 Xavier, can you talk about your Karting debut?

– I discovered Karting at one of the many indoor recreational tracks we have in Belgium. My father then agreed to support me to start racing. After a test in Honda Cadet four-stroke in 2012, then in Rotax Micro Max, I really started with Rotax Mini Max in the BNL series. I then continued in Junior Max and I qualified for the 2016 Rotax Max Challenge Grand Finals, the year I first competed in the CIK-FIA Karting Academy Trophy.

How did your Trophy conquest take place this year?

– The experience from 2016 was very useful to me. Even though this time I had the goal of winning, I immediately felt more comfortable. I knew how to approach the Races and how to go fast each time. I had to face several opponents, some of whom beat me, but none of whom was consistent enough over the whole Trophy to deprive me of the overall victory. I am very happy to have reached my goal and to have been rewarded with a participation in the CIK-FIA World Junior Championship.

Where are your plans for the future of your career?

– It is still too early to know exactly what I will do in 2018. I am of course tempted by cars. However, I would like to continue in Karting and try to win a World Championship. I have already participated in three races in OK-Junior this year, the OK category attracts me for the future.