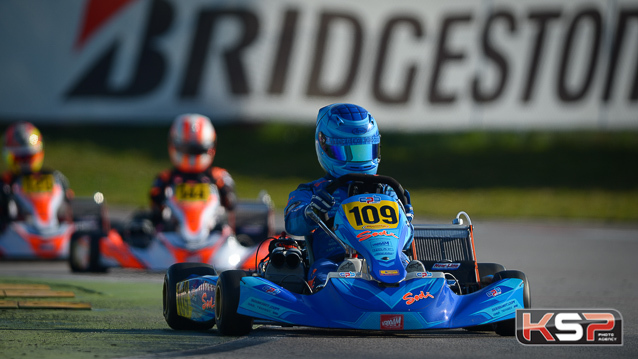 Matteo Vigano (Tony Kart / Vortex), who had stalled on the starting line, crashed hard when the lights went out and the red flag was immediately waved to let the medical team intervene and clear the track of the barriers and gravel. Vigano however remained standing during the procedure. Involved in the crash, Lucas Auer (Birel ART / TM), Daniel Vasile (DR / Modena) and Ivan Nosov (Zanardi / TM) did not restart.