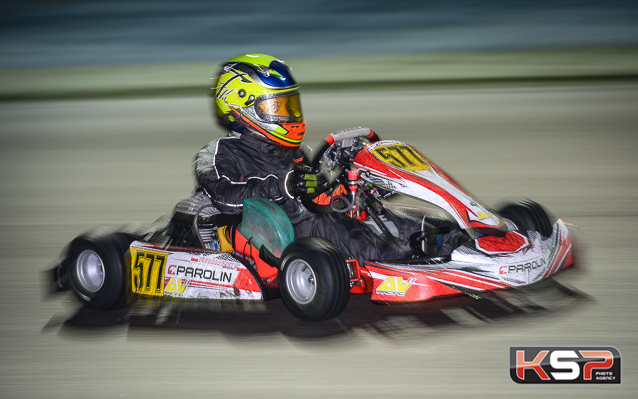 The game has changed after this tough Saturday devoted to the Qualifying Heats of the WSK Super Master Series. It must be remembered that the weather was not very good at Adria and that there were many pitfalls in the way of the young drivers of 60 Mini. Tymoteusz Kucharczyk (Parolin / TM) and Brando Badoer (Parolin / TM) went well in the top two places while Christion Ho came back in 3rd against Joel Bergstrom and Alan Czyz. Andrea Kimi Antonelli (Energy / TM) is only 7th despite three convincing victories, his 21st position in Heat 1 having cost him dearly. He is ahead of the poleman Igor Cepil (Parolin / TM). Martinius Stenshorne (Parolin / TM), who suffered in his second heat, is 16th. Jimmy Helias (Tony Kart / Vortex) has discovered wet tyres in addition to the track and category with very honest performances for his young age and his inexperience, in 51st out of 88.