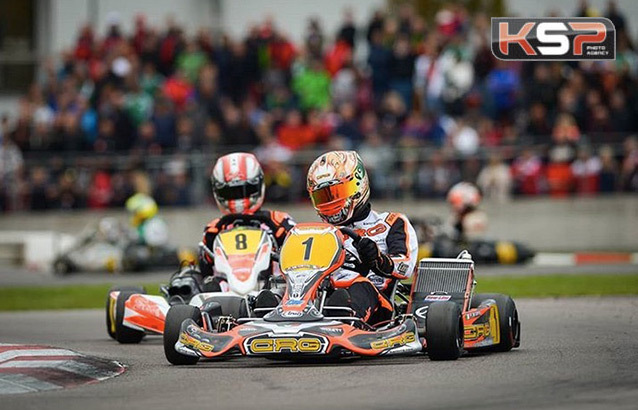 Organized from 6th to 10th September in Germany at the Wackersdorf circuit, the CIK-FIA World KZ Championship brought together the most impressive field of the year in the advanced category of gearbox karts. The great return of the World Competition to Germany after 40 years of absence perfectly met the expectations of all. The 2016 World KZ Champion, and the winner of the CIK-FIA European KZ Championship this year, the Italian Paolo De Conto won his second world title.

Iglesias and Hajek took the lead when the lights went out for the Final, but were neutralised after a collision. Abbasse took 1st place until the 7th of the 26 1190m laps. De Conto took advantage of a small error from the Frenchman to settle in at the controls and yet the outcome remained uncertain until the finish, as the two men were close in terms of performance. The suspense continued until the finish when De Conto won by three tenths of a second in front of his brave opponent. Britain’s Benjamin Hanley (Croc Promotions / TM Racing / B’stone), now a driver in the FIA’s WEC LMP2 category, completed an achievement as he climbed onto the third step of the KZ podium after gaining 10 places. Jorrit Pex (CRG / TM Racing / B’stone) and Simo Puhakka (Kosmic / Vortex / B’stone) completed the top five.